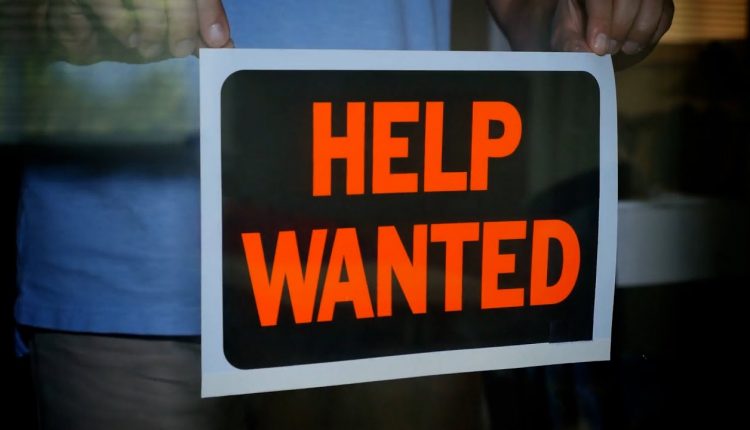 Where Are The Workers?

Dealing with labor shortages is nothing new for farmers and ranchers, but as the Covid pandemic continues, communities across the state and county are feeling the strain of left by the lack or workers. Which has many asking…Where have all the workers gone?
Jay “When you look at the statics, our labor force in both the US and Nebraska is off by about 1.5 percent. St. Louis fed estimates nationwide that about 4.2 million people that are missing form the workforce that at one time prior to covid had been in the workforce.”
Nebraska Farm Bureau senior economist Jay Rempe says there isn’t a “silver bullet” to explain why more people are choosing not to work now versus prior to COVID.
“When we look at where worked have gone, we divide them into 3 categories. Those that are in the prime working age which we consider 24-59. There are folks that for whatever reason just decided they are not passionate about what they are doing. They are going to stop working for a while and try to figure out what life holds for them an then maybe come back in. There are parent who lost their daycare during COVID that decided one of them likes staying home with the kids and they’re not going to come back to the workforce.”
Rempe says those who worked in industries like hospitality, may have been laid off during the first wave of COVID and have chosen not to return due to the stress and lack of flexibility. And there are others who have health concerns.
Jay “the other group that I find myself in and that would be the 55 and over that and decided hey you know what with covid and everything I’m going to slow down I’m going to retire early and kind of enjoy life and I would kind of call at the great retirement and I think there’s been some estimates that we’ve had up words of more than two million people that normally would be in the workforce that and have decided to retire for the time being.”
Rempe says slowing immigration due to COVID border restrictions has also contributed to the labor shortage. And he says the local coop isn’t the old place farmers and ranchers will deal these labor shortages.
we’re really going to see I think is in the transportation sectors like a truck drivers right now where it got a shortage of truck drivers the port workers and the folks on the exports so that’s why I’m down some of our exports shipping out of the country and so that’s where we’re going to see some of the impact I think in the processing sector we relied heavily on on some immigrant labor there and then there’s a lot of turnover anyway in that industry so they’re not going to be as productive as they normally could be because of the Labour issues

Even as Nebraska’s unemployment rate drops to historical lows, help wanted signs can be easily spotted an any town.
so basically in Nebraska we’re getting it at full employment the jobs are out there it’s just that we don’t have the people to fill those jobs right now and long-term if we can’t get this corrected I think some of this obviously as we work our way out of town the crown very infant covid and hopefully we don’t have any other variants come around we’ll slowly work our way out and put some of it is structurally in bed it is a system in that Nebraska and our ruler is we’ve seen some world population decline
Thanks for watching newswire. For more stories like this visit nefb.org and follow us on Facebook and twitter.

Facing Your Fear of Conflict