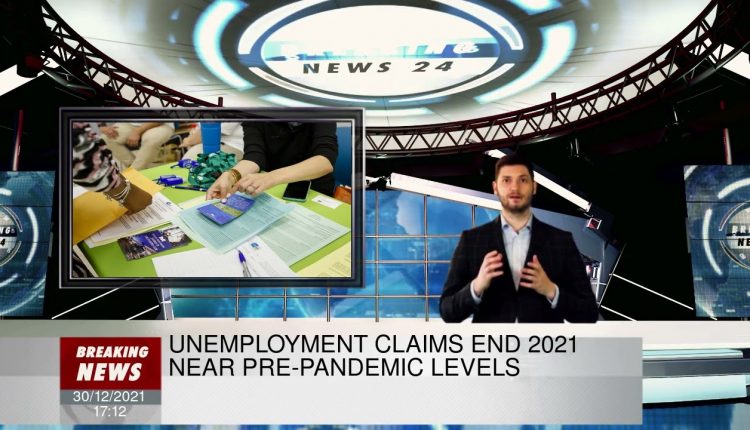 Claims for unemployment benefits in December were roughly four times less than at the beginning of 2021. The Covid-19 omicron variant threatens those gains.

A recruiter hands out information to a job seeker during a job fair in Miami, Florida, on Dec. 16, 2021. Eva Marie Uzcategui/Bloomberg via Getty Images

Initial claims for unemployment benefits ended 2021 near pre-pandemic levels, after an improving labor market led claims to fall roughly fourfold over the course of the year. However, a surge in Covid-19 cases amid the spread of the highly contagious omicron variant threatens to negatively impact the labor market in early 2022. Initial claims are a proxy for benefit applications after a layoff. Americans filed 198,000 unemployment claims last week, on a seasonally adjusted basis, the Labor Department said Thursday, its last update before the new year. That level is slightly higher than a 52-year low hit earlier in December.

Initial claims averaged 199,250 a week in December — more than four times less than the 849,000 average at the beginning of the year (in January 2021) and less than the pre-pandemic 225,000 average in December 2019, according to an analysis of data from the Federal Reserve Bank of St. Louis. Overall, the reduction in claims points to fewer layoffs. “With job openings as high as they are, and so many employers scrambling to retain and/or add personnel, job security might be viewed as one of the gifts of the current holiday season, at least from a worker’s point of view,” Bankrate senior economic analyst Mark Hamrick said in an analysis of jobless claims earlier this month.

The ratio of unemployed workers to job openings was 0.6 in November, the lowest level on record, Furman noted. Job growth has also been strong in 2021, with the economy adding 555,000 jobs a month, on average, since last December, roughly in line with expectations, he said. However, the economy remains almost 4 million jobs shy of its pre-pandemic mark, according to the Bureau of Labor Statistics.