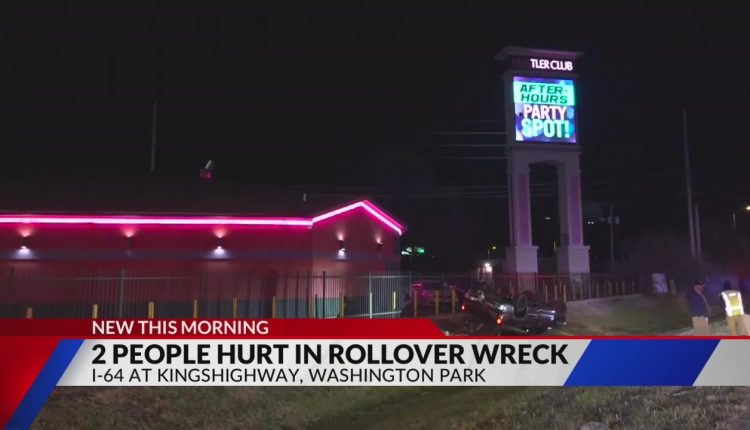 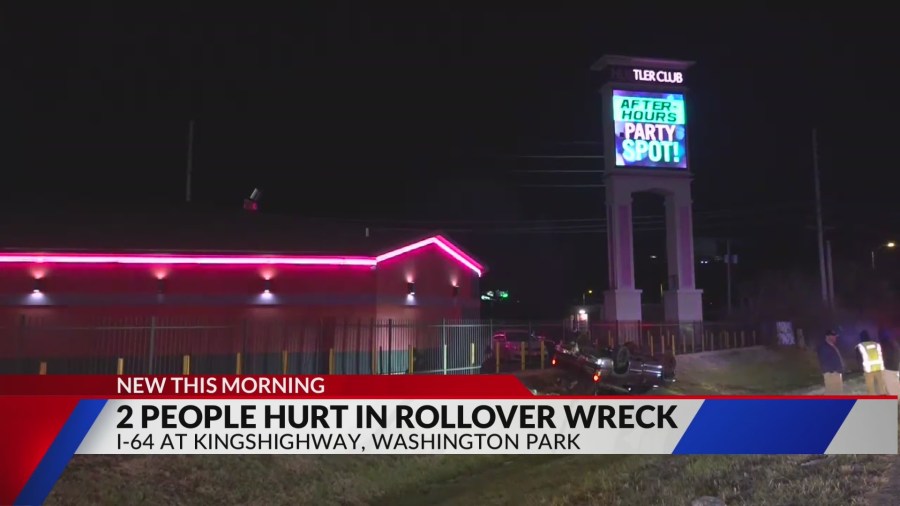 Officers said the driver of a pickup truck was fleeing from police at about 1:45 a.m. The truck took off, but police were not chasing it. The pickup truck rolled while exiting eastbound I-64 at Kingshighway in Washington Park. The truck ended up just a few yards from a fence near Larry Flint’s Hustler Club.

The male driver and female passenger were taken to the hospital by ambulance.