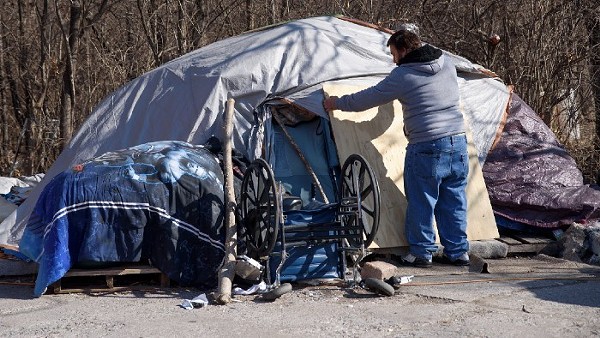 The Big Mad: Those Damn Rams, Email Spam and KMOX Gets in a Jam | Missouri News | St. Louis | St. Louis News and Events

Not Enough Email Spam: When Missouri Attorney General Eric Schmitt announced his office had created a dedicated email inbox for anti-mask informants, some (including us) wondered if the tactic would backfire in hilarious fashion when the inbox was swamped with trolls and TikTok teens sending bogus reports. To a certain extent, this did happen: An RFT review of thousands of pages of emails shows subscriptions to multiple porn websites under the not-so-subtle username FuckMOAG, and dozens of more serious-minded critics wrote Schmitt sincere emails letting him know that they don’t support his efforts to raise an army of snitches. However, these rejections of Schmitt’s poison politics were dwarfed, in significant measure, by parents and teachers who believe their schools are doing harm by doing the right things to protect students from COVID. Most who emailed the informant inbox also seemed to believe Schmitt’s legal opinion is enough to simply end the pandemic outright. But reality doesn’t bend to belief, even those printed on the letterhead of the Missouri attorney general. In the meantime, the material gathered from informants has already led to new lawsuits and attempted restraining orders targeting schools. The reality, for Missouri, is that it’s going to take more than email spam and mass porn subscriptions to stop the machine Schmitt has built.

Cranky About Kroenke: It had all the makings of sweet revenge. In the wake of a settlement that saw the NFL and reviled Rams owner Stan Kroenke forced to pay a whopping $790 million to St. Louis over the relocation of the team back to LA — a certain level of vengeance in its own right — we were this close to seeing the team square off against the Kansas City Chiefs in this year’s Super Bowl, a pairing that would have united the KC and STL regions like nothing outside of I-70 itself. But it was not to be. The Cincinnati Bengals beat the Chiefs in overtime this past weekend, dashing our hopes of seeing Kroenke take a Show Me State-delivered L on the turf just as he did in the courts. Worse still, the Rams did manage to advance to the big game, beating the 49ers by just three points in the NFC Championship. It’s not ideal, but the good news is we still have one last chance to see our former home team go down in flames this year. To that end, there’s only one thing left to say: Go Bengals!

An Ice Cold Take: KMOX (1120 AM) really stepped in it this past week, inviting the wrath of many when it made the ill-advised decision to publish an article with the headline “St. Louis homeless man refused boots amid extreme cold, said he would rather ‘get high.'” The story comes from KMOX reporter Kevin Killeen, who explained on the Charlie Brennan Show that he’d offered a pair of boots to a homeless man, who declined them. “And then he said, ‘Oh man, I don’t want your boots. I really want to get high. Can you just give me $5?'” Killeen claims. On top of being completely not newsworthy and really quite crass to report, such a story adds to the negative stereotypes that many have toward the homeless, and provides no help for our unhoused neighbors. But we suspect KMOX knew that even before they published: Down at the bottom of the online article is a series of tags for web organization purposes, including: St. Louis, Boots, Homeless Camps, Cold Temperatures and, tellingly, a tag titled Do Not Feature. That last one’s probably a good instinct, but maybe next time how about just Do Not Publish instead?

Echoes: Robert Merkle’s arrest last week was surprising only inasmuch as it’s surprising whenever women’s complaints of stalking and harassment ever lead anywhere. Merkle is a terrifying guy. He was convicted in 2018 after sending volumes of detailed rape threats to women he targeted for one reason or another. A network of victims helped bring him down through comparing notes, advocating for themselves and their own sleuthing. When Merkle was finally hauled to court, many of those same victims were infuriated to learn that pleas were reached without their input. Merkle’s convictions on multiple felonies and misdemeanors technically added up to twelve years, but he was allowed to serve sentences on the various counts simultaneously. He was out in a little more than two years and off parole a year after that. Victims were left feeling as though their terror mattered little. And when he was arrested in Town and Country, accused of threatening another woman, all they could do was hope that maybe someone would hear her.