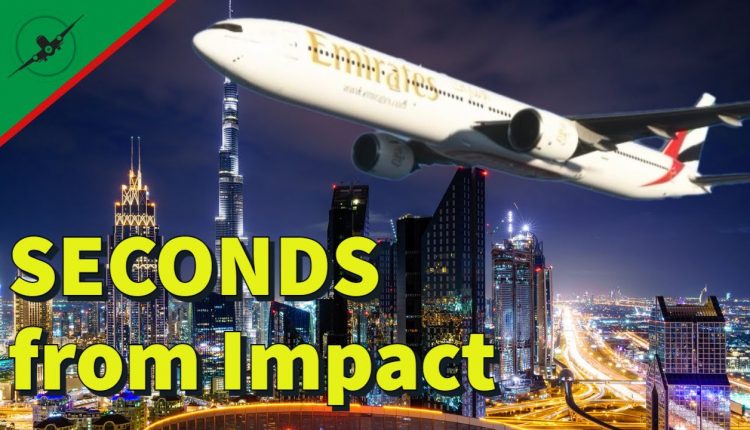 Update 1: A number of commenters on this video who are 777 pilots, or who know 777 pilots, have said that it is more likely that the correct altitude HAD been set on the autopilot before takeoff, but that the flight directors had been turned on before this altitude was set, meaning that the autopilot was still in ‘Altitude Hold’ mode, at airport elevation.

In other words, the Autopilot/Flight Directors thought that the pilots wanted it to fly at 0 feet, even though the pilots had set the correct altitude (4000 feet) on the autopilot panel. This is because the pilots had turned on the flight director BEFORE changing the altitude from 0ft to 4000ft, rather than after.

This is a known quirk of the 777 autopilot, and it is possible that for whatever reason, the pilots were not aware of this on that night.

If true, this still does not explain the behaviour of the aircraft on takeoff. Takeoffs are performed manually, and there is no known reason as of yet, that the pilots would lift off so late, or fly so low once they had lifted off.

Update 2: Comment on this video from a pilot regarding the Flight Director commands (slightly shortened):
“If the selected altitude was zero and the flight director was to indicate the correct pitch to maintain that altitude, it would have read above zero degrees. This crew was probably looking at a pitch of around 6* up while hugging the ground. No doubt a number of alarms/ terrain warnings must have been blaring, adding to confusion. Flying at 3 am makes matters worse with “mental viscosity” / startle effect in full swing. Usually flight director bars pitch up to the single engine pitch while on the ground. At V2, your takeoff safety speed is designed to allow proper climb out gradient. With that speed achieved and no engine failure detected, pitch is increased to maintain airspeed.”

In other words, during takeoff, the Flight Director (pink bars) may have been telling the pilots to pitch up, but because the autopilot was incorrectly configured, it was only telling them to pitch up by 6 degrees (rather than the usual ~15 degrees). So the pilots may have followed this, and pulled the nose of the plane off the ground, but 6 degrees of pitch was not enough to get the aircraft airborne. So, the plane may have been speeding down the runway with the nose just slightly in the air.

By the time they reached the end of the runway, either their speed was enough to get them off the ground (lucky timing), or they finally pitched up more fully, disobeying the faulty Flight Director. Then, they continued following the flight director after they got airbourne, which was commanding a pitch up attitude that was barely enough for a slow climb.

This scenario is similar to the one presented in the video in that it involves blind following of the flight director by the pilots, but it differs in that it may be a more informed take on the automation and flight director logic.

How did an Emirates Boeing 777 carrying up to 354 people nearly crash just after takeoff from Dubai International Airport just before Christmas in 2021?

Full details of the incident have yet to emerge, but early reports, as well as a NOTAM (Notice to Airmen) from Emirates, suggests that an over-dependence on automation by the pilots may be the culprit.

This video uses publicly available sources as of 30th December 2021 to recreate what may have taken place. Disclaimer: This video is not a definitive account of what happened. More details will emerge in the coming weeks, which may show that events transpired differently. If this is the case, the video will be updated to reflect this new understanding of events.

All music by Epidemic Sound

HOW MUCH DOES VAN LIFE COST?! | Monthly expenses breakdown