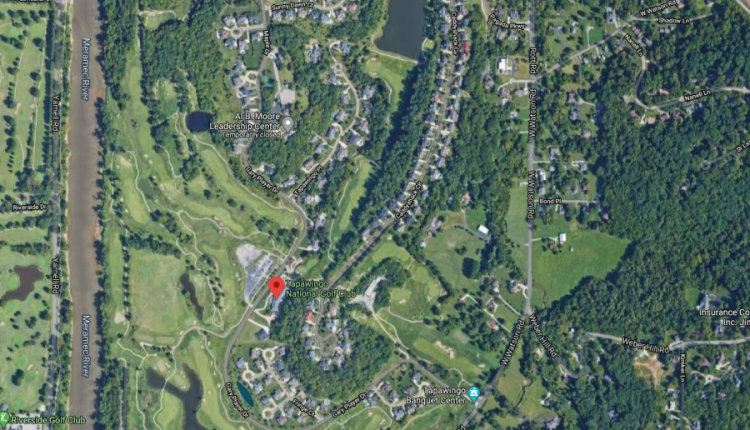 
Planning and Zoning had concerns with concrete age 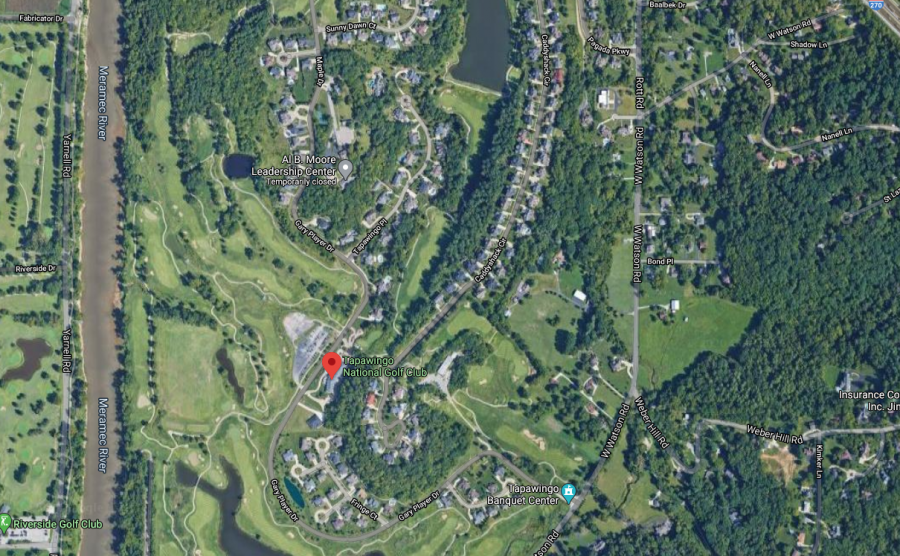 This aerial shot from Google Maps shows some of the streets of Tapawingo, around Tapawingo National Golf Club.

Sunset Hills aldermen struck down a petition last month to accept private streets for city maintenance in the Manors of Tapawingo subdivision.

The proposal, which asked for the city to take over Pagada Parkway, Caddyshack Circle and Marchem Circle for public maintenance, failed by a vote of 3-5 at the Dec. 14 meeting. Ward 2 Alderman Casey Wong and Ward 1 Aldermen Ann McMunn and Joe Stewart voted in favor of the takeover, while Ward 2 Alderman Christine Lieber, Ward 3 Aldermen Randy Epperson and Cathy Friedmann and Ward 4 Alderman Thompson Price and Fred Daues voted against.

The petition called for the city to assume control and maintenance of 1,003 street slabs in the neighborhood. Lawyers representing the Manors of Tapawingo presented the proposal to aldermen earlier in October, arguing residents have been paying for roads that are essentially no longer private after Lindbergh Schools used land that could only be accessed through the subdivision.

An ordinance adopted by the Board of Aldermen in early 2016 outlines the steps required for the city to accept private streets for maintenance, and since then, Tapawingo representatives claim they have attempted to comply with the ordinance. The most recent takeover request by Tapawingo dates back to August 2019.

Little discussion was had on the proposal at its second reading Dec. 14, although Daues asked City Engineer Bryson Baker what the Planning and Zoning Commission’s feeling on the matter was prior to the vote.

“(Planning and Zoning’s) recommendation was for denial of this ordinance accepting the streets of Tapawingo. My department’s position this entire time has been that things in Tapawingo, with the streets – all of the issues can be overcome … but our biggest concern is the age of the concerene slabs,” Baker said. “A lot of them are around 20 years old … the design timeline for concrete is around 25 years. … Due to that uncertainty staff has made it clear that we are concerned about the age of the slabs.”

Under the 2016 ordinance, both the Public Works Committee and the Planning and Zoning Commission are required to make recommendations regarding a request to accept private streets for city maintenance. Both committees recommended denial of the takeover last July since some of the concrete slabs in the requested takeover were showing signs of cracking. According to Baker, slabs costs between $2,000 and $3,000 to replace.

“I certainly understand the residents in Tapawingo. I think we have listened and listened. We tried to understand … and I think we have to look at the whole city and what is best for the whole city. I think with the unknown as Mr. Baker said, of the condition of the streets … we have to look at the big picture,” Mayor Pat Fribis said. “I certainly don’t want to make the residents in Tapawingo feel that they aren’t part of our city, they certainly are …. But I don’t feel at this time that we can take the streets over with the unknowns.”