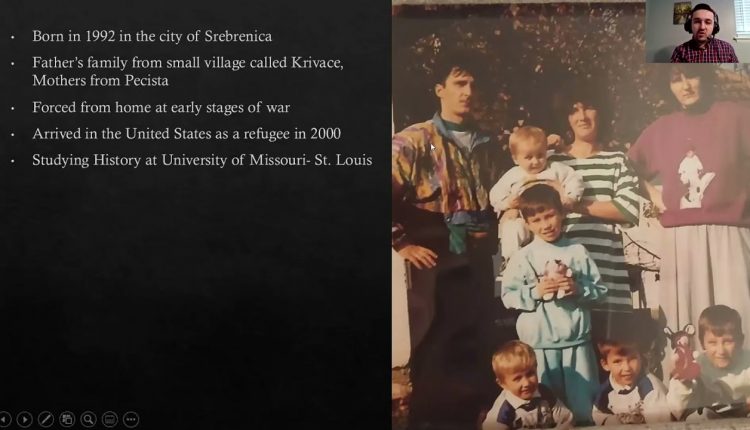 STL History Live brings you fascinating stories about St. Louis. These programs include a 20- to 30-minute presentation followed by a brief Q&A. This event originally premiered on February 9, 2022.

EVENT DESCRIPTION
The Bosnian American community took root in St. Louis in the 1990s, when refugees of the Bosnian War resettled here. That first wave included Behidin Piric’s family, who later learned that his grandfather had died in the Srebrenica massacre, part of the ethnic cleansing campaign committed by the Army of Republika Srpska. Piric will discuss the war and the impact it had on his family and the Bosnian community.

The Wingos are a St. Louis football family dynasty, with another star on his way