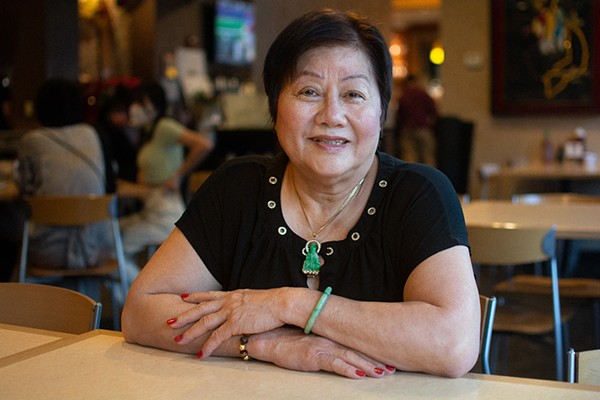 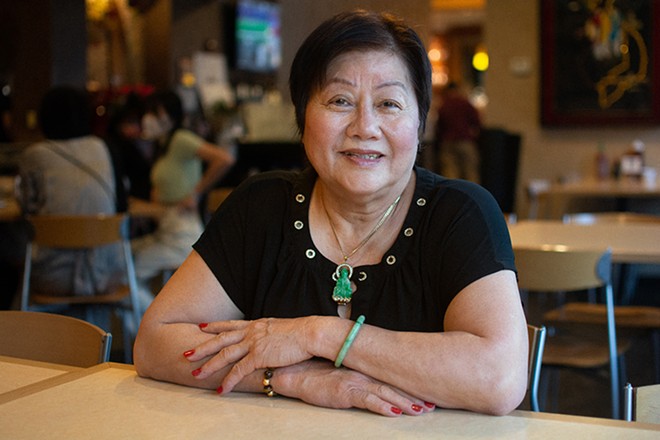 St. Louis Standards is a weekly column dedicated to the people, places and dishes that make our food scene what it is.


Back when Lee Tran opened Mai Lee in the early 1980s, there was no social media, Yelp or laughably large number of food publications to get the word out about her new restaurant. It was just little Qui Tran on his bike, riding up and down Delmar like Paul Revere, cold-calling people to give his mom’s new place a try.

“Back then, people ate differently, and their philosophy of dining was different,” Qui says. “People would go where they would go, and they wouldn’t steer from that, so their question was how to get your new restaurant into their rotation. So, what you do is you buy your son a bike for his twelfth birthday that he thinks is a gift, but instead, you put 1,000 menus in it that weigh what feels like 1,000 pounds and have him ride up and down Delmar leaving them at homes and retirement homes. That’s why I have no shame now; it helped me in life, because I’m not afraid to speak with anyone. I was always put in those uncomfortable situations when I was growing up.”

Now at the helm of the ship of both Mai Lee and Nudo House, Qui looks back with nothing but awe at what his mother was able to achieve with her restaurant. The second oldest in a family of eight children, mama Tran grew up cooking alongside her grandmother and parlayed those skills into jobs in area Chinese restaurants when she, her husband and children immigrated to St. Louis from Vietnam in 1980. Though she knew how to cook — and was quite good at it — no one would give her a kitchen job. Instead, she worked as a waitress and took every opportunity she had to soak up as much knowledge about the business as she could, carrying two and sometimes three jobs at a time to help support her family.

Qui’s father, too, worked tirelessly to help the Tran family make ends meet, working as an auto mechanic at a shop on the Hill by day and a janitor at night. Because their busy schedules meant little time at home, Qui would often find himself either helping out his dad or in a booth at the back of one of his mom’s restaurant jobs, doing homework after he got off school.

In 1984, Lee Tran partnered with a woman named Mai to open Mai Lee in a small storefront on Delmar Boulevard, near I-170. Originally conceived of as a Chinese restaurant, Lee shifted her thinking after her business partner abruptly departed and left the Tran family not only scammed but in debt, never to be seen again. The hardship turned out to be a blessing in disguise.

Mai Lee was not a hit right out of the gate, not because of the quality or taste of the food, but because St. Louis diners were simply unfamiliar with Vietnamese cuisine and, at the time, not all that likely to branch out of their comfort zones. For three years, Lee and her family toiled away to make ends meet until their luck changed thanks to then-St. Louis Post-Dispatch food critic Joe Pollack.

“It wasn’t until late September of ’87 that Joe Pollack made his review, saying that he had never had Vietnamese food before, but that this was some of the greatest food he’d ever eaten,” Qui recalls. “My mom couldn’t speak English and didn’t know who Joe Pollack was, but after that article came out, business started to pick up. It was eight years of struggling and having nothing and trying to learn a language, but finally, in 1988, things started to turn around.”

After Pollack’s review, business not only turned around; it exploded. Mai Lee became wildly popular, spawning an interest in Vietnamese food in particular, as well as serving as one of the catalysts for opening St. Louis diners’ minds to cuisines from around the world. It was all hands on deck for the Tran family, and Qui found himself balancing his parents’ seemingly conflicting wishes of having him help with the family business but go to college and get a job outside of the industry. As the success poured in, he knew Mai Lee was his destiny, even if he did not yet know exactly how that would play out.

In 1999, seeing how overworked and tired his mom was, Qui took on more responsibility in the restaurant, and a couple of years later, he decided to leave school to throw himself fully into the business. Livid, his parents refused to talk to him for a long time after that because they were so disappointed.

“I told them, ‘What do you expect?’ I lived at this place 24 hours a day, and I didn’t have time to go to college because I was working all the time,” Qui says. “If I did get a degree, I was just going to come back and work, so it was pointless. But coming from Vietnam, my parents were uneducated, didn’t go to school and couldn’t speak the language, so for them it was a huge blow, because I would’ve been the first in my entire family to finish college and I decided not to and to roll spring rolls.”

Qui may have rolled many a spring roll, but he also was instrumental in taking Mai Lee to a level that few restaurants achieve. Thanks to his gregarious demeanor and knack for relationships, he became close friends with some of the biggest names in the city’s culinary scene. From working alongside each other at events to mutually supporting one another’s businesses, these relationships helped not only their own restaurants grow, but they created a supportive hospitality community that set the stage for the growth of the St. Louis restaurant scene into what it is today.

That support would be crucial when Qui made the decision in 2010 to move Mai Lee from its original home in University City to a brand-new commercial development in Brentwood. Though he admits 99 percent of his restaurant friends and regulars told him it was a terrible location, he felt deep down that it was the right move. Thankfully, his gamble paid off.

“It was a scary move taking out loans and knowing I could be the one to tank the family business,” Qui says. “I’m a little bit fearless, but not completely, because if this thing fell through, I would be the biggest failure on the planet — not only did I not finish college, but I’d be the one to bankrupt the entire family. The pressure and anxiety were there.”

Eleven years after that decision Mai Lee is as successful as ever, and has cemented itself in the pantheon of St. Louis’ most beloved restaurants. And it’s not only St. Louisans that recognize Mai Lee’s greatness; in 2020, the restaurant was nominated for the James Beard Foundation’s Outstanding Restaurant award, a national honor that recognizes the best of the best in the country. Qui still has a hard time believing that Mai Lee received such an accolade, never taking its success for granted or losing sight of the hard work and dedication his family poured into the restaurant to make it what it is today.

Qui believes that is the thing about Mai Lee that resonates with people: the personal touch that every last guest who comes in the restaurant receives. One of the reasons he feels it is so important to uplift other restaurants is because he knows there are other mom-and-pop places in town that may not get the same accolades but should be equally celebrated for bringing joy into people’s lives, year after year. That he has been able to do that for his guests all these years is the biggest award he could receive.

“I think a restaurant can put out great food, but it has to have a soul,” Qui says. “Even though we are in an era of high-tech, the restaurant business is still high-touch. It’s still about how you treat people and how they feel when they come to your place. I’m very appreciative all the time, because money is a sacred thing, and when they spend it with me and my family, I am very humbled because they don’t have to do it. I always try to say ‘hi’ and ‘thank you’ to them for coming in, and I am genuinely appreciative of every single person who walks through those doors.”