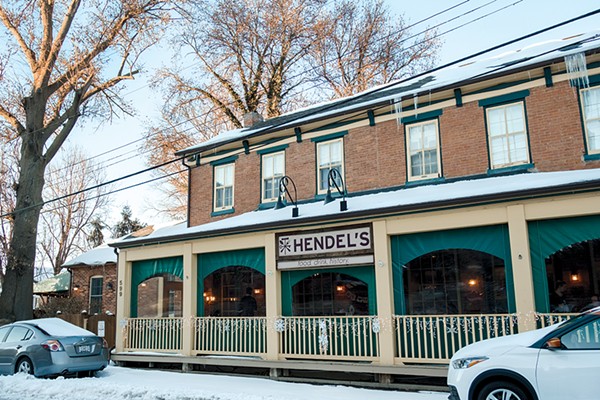 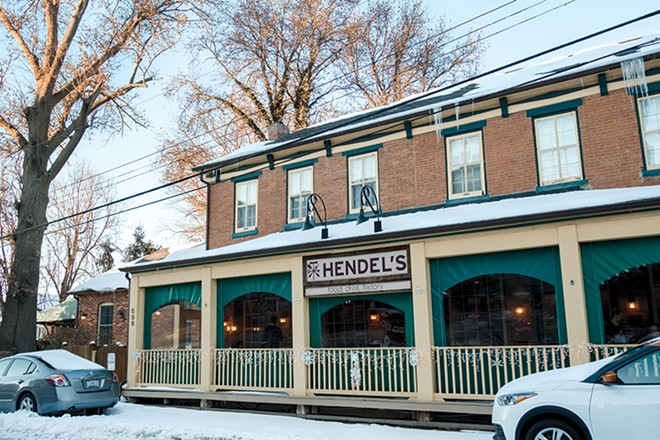 Christina Bennett was just a teenager when her now father-in-law, Ed Bennett, purchased the beloved Florissant institution Hendel’s Market (599 St. Denis Street, Florissant; 314-837-2304). His intention was to turn the century-old grocery store and butcher shop into a restaurant, modeled after what he did several years before with the old Barn Deli cafe at the historic John B. Myers house up the road from Hendel’s. And though the community was happy to see Hendel’s live on, Christina Bennett recalls that there were a few raised eyebrows around the time of the sale.

“I think, off and on, people were hesitant to change because of the unknown of what it would be like,” she says. “A lot of people have memories of Hendel’s — of coming up to buy penny candy or get their meat from the butcher counter — so I think there was some curiosity about what we would be doing. But [Ed] had a vision and transformed it while still keeping a lot of the original features that he carried over into the restaurant. He wanted to preserve a lot of the history and keep it Hendel’s and honor the Hendel’s name because they were such historic figures here in Florissant.”

As the current owners of Hendel’s, Bennett and her husband Nathan (Ed’s son) are now the ones tasked with honoring their storefront’s legacy — a job made easier because they have earned the trust of the community over the 28 years Hendel’s has been operating as a restaurant. Bennett understands that most of that trust has less to do with her and her husband serving consistently good food and drinks than it does with the fact that they have been able to capture the essence of the storied property while transforming it into a modern dining space.

Doing that for a building that traces its roots back to 1873 is a feat indeed. At its founding, Hendel’s was not even Hendel’s but rather a general store named Mreen’s that serviced Florissant’s central business district. In 1915, Henry and Marge Hendel purchased Mreens, rebranded it under their family name and established the business as a grocer and butcher counter — the sort of place where Henry knew what cut of meat each of his customers liked, where kids from Sacred Heart Catholic grade school across the street could sneak over during recess to buy penny candy and where regulars could run a tab or get their provisions delivered well before Instacart was even a glimmer in an executive’s eye.

Those experiences were so foundational to people who grew up in Florissant that they endeared the Hendel family to the Florissant community. Because they were so enmeshed in the close-knit north-county municipality, news of their retirement — though expected after 78 years — hit hard. However, it didn’t take long for the Bennett family to reassure people that they were just as committed to the area, and the restaurant quickly became Florissant’s definitive dining establishment.

“As the restaurant grew, the building grew as well,” Bennett says. “We added an expansion of a heated porch in 2004 and a bar room in 2009. A lot of people remember the penny candy, so we even added a penny candy counter with Swedish fish and cherry bombs and stuff as a throwback. Everyone just has so many stories of what this building used to be; there is no place like home, so having this place still here to bring back those memories helps people remember what home was.” 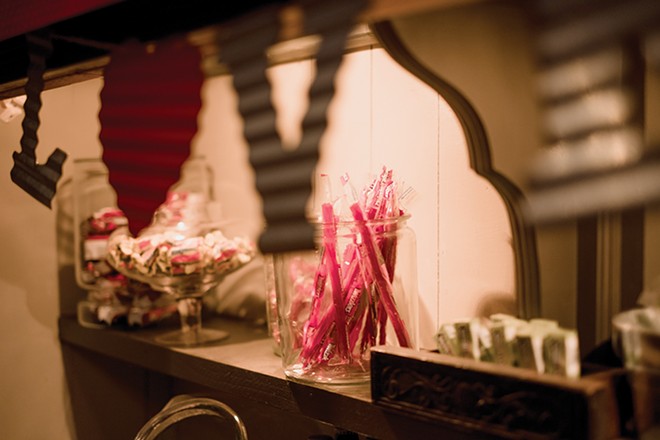 Through it all, Christina and Nathan have been an integral part of the story. Though Nathan’s dad was the one who purchased the market and had the vision to convert it into a restaurant, the husband and wife have worked at Hendel’s since day one. High school sweethearts, the Bennetts have grown up in the restaurant as the restaurant itself grew, and they feel strongly that their personal connection to the place has given them credibility in the eyes of their staff and the community.

“We didn’t choose where to be, but we were called and grew from here,” Christina Bennett says. “I can’t think of what else we would be doing, because this is where we have been able to thrive and grow and succeed, and we’re thankful we have been able to do it together. We live here, we work here, we raise our family here; we feel very blessed with what we have.”

Bennett is clear that Hendel’s would not be what it is without the Florissant community. Like the original general store and market that followed it, the restaurant has been successful because of how much the neighbors are committed to supporting their local businesses. She describes the small-town feel of the area — one where locals drive around on golf carts and gather for festivals like Oktoberfest and the Valley of Flowers — and she’s been excited to watch young families breathe fresh life into the restaurant while established, longtime regulars maintain its connection with the past. That beautiful mix is what makes her and her husband feel humbled that they have been able to maintain a piece of history while making sure Hendel’s lives on for years to come.

“We’re very thankful for being around this long, because there are not many places in the area that have sustained as long as we have,” Bennett says. “We will continue to keep it going because we love our community, we love each other, and we love what we are doing.”