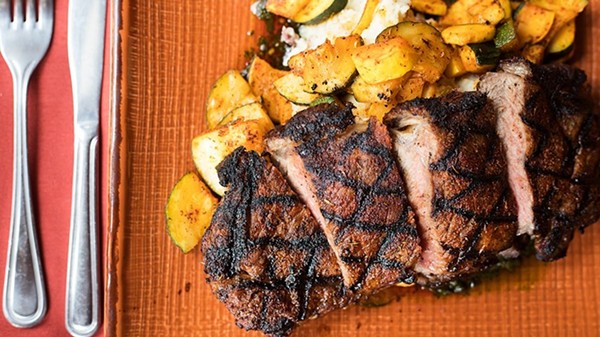 Somehow, against just about every odd you can think of, the St. Louis restaurant scene made it through another pandemic year. While we were all eager to reflect on the year (or two) as a whole as it drew to a close, several businesses were still writing their restaurant stories, closing out the year with moves, rebrands, new locations and difficult decisions to say goodbye.

On the openings front, December was characterized by expansions and shifts. Prime 55 Restaurant & Lounge, the swanky steakhouse that (*knocks on wood*) broke the location curse of its East Loop storefront, opened a second spot at the new Le Méridien St. Louis Downtown Hotel, while Poke Doke and Schlafly added new locations to their growing portfolios.

December also saw us bid farewell not only to the year, but to a couple of popular restaurants, most notably Copper Pig, the beloved Southampton gathering place that will be sorely missed by the neighborhood’s loyal patrons. As owner That Nguyen teased, he is open to renting the spot to an aspiring restaurateur, so hopefully, that storefront will not be dark for too long.

Did we miss anything? Leave a note in the comments.

There Are Rules To Trucking With Me + Four Hour Delays Ep484