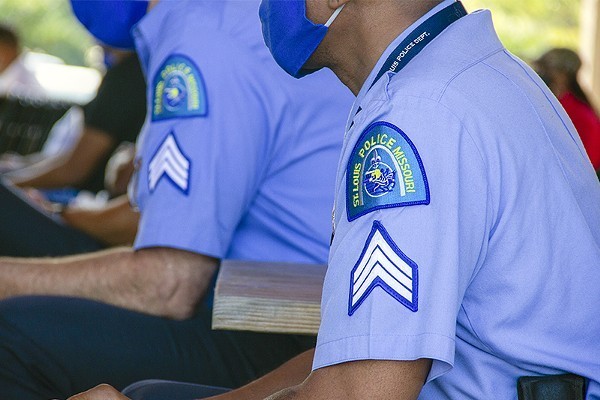 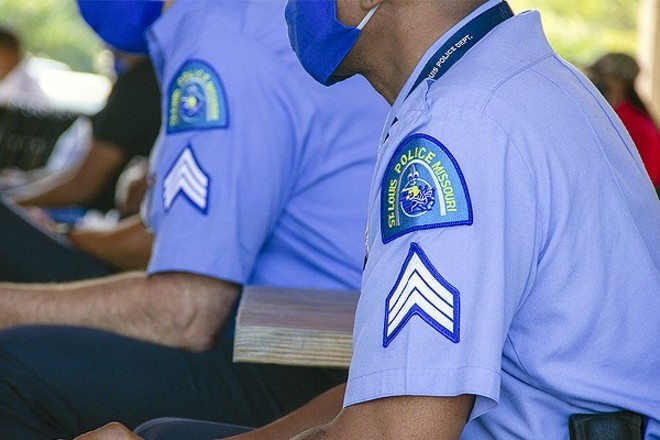 In an emotional press conference, St. Louis city police chief John Hayden said Wednesday that one of the two city officers shot today in Ferguson is in critical unstable condition after being shot in the abdomen. A second officer was hit in the leg.

Outside Barnes Jewish Hospital, Hayden, the police chief of the St. Louis Metropolitan Police Department, said he had just come from visiting with the injured city officers inside. He said that the two had been pursuing a car “believed to be involved in a homicide” around 1 p.m. this afternoon.

The pursuit led them from St. Louis to Ferguson. Near the intersection of West Florrisant and Canfield Drive, an occupant (or occupants) of the vehicle opened fire on the officers, though Hayden said he did not know whether the officers had returned fire.

The investigation is being handled by the St. Louis County Police Department, Hayden said. The four occupants of the vehicle have been arrested, though Hayden referred questions about the details of the incident to St. Louis County.

“We’re asking the public to pray for our officer,” Hayden said. He called it a “rough time” for the department, and referenced another recent incident, only two days prior, in which two city officers had been critically injured on Interstate 64 when a 21-year-old drove his Lexus into a police vehicle that was investigating another crash.

“We just got officers struck by a car the other day,” he said. “As a matter of fact one of them is here, we were coming to visit him at some point.”

He repeated, “This is rough time for law enforcement.”

Hayden said that both officers are in their mid-twenties. The one in serious condition with a gunshot to the abdomen has been on the force for three and a half years. The other officer has spent two and a half years with the department.