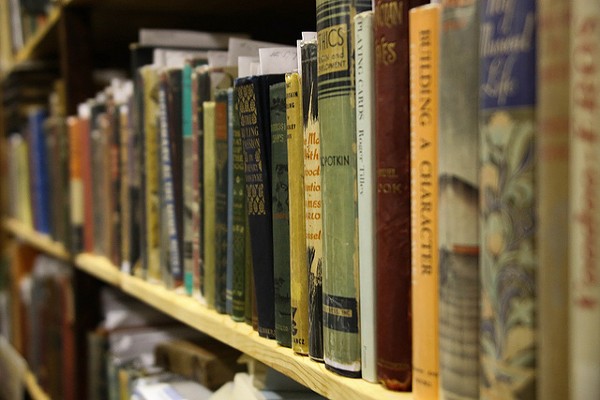 Book bans are becoming all too frequent around Missouri and the rest of the nation, with Toni Morrison’s The Bluest Eye as Wentzville School District’s latest victim. As certain books disappear from schools, some are working to get them in the hands of readers who have had the option taken away from them — and that’s where In Purpose Educational Services, a community organization that aims to help create a more equitable society, steps in.

In partnership with Eyeseeme, an African-American children’s bookstore located in University City, the organization has created a banned book program that operates similarly to a book club. Parents or students interested in reading a book fill out a form, and the book store ships the book to as many people as possible for free.

As a Facebook post from the group explains, the books banned “are often the works of people from historically excluded identity groups in an effort to suppress the inclusion of diverse stories in our educational institutions.”

“In recent times, school districts have increasingly faced efforts to ban the books used in classrooms and school libraries,” the Facebook post continues. “We believe that this is censorship that removes the rights of ALL parents to make educational decisions for their children and for students to explore diversity of thought, knowledge and experiences.”

Morrison’s book, a novel that explores an eleven-year-old Black girl’s desire to have blue eyes as she grapples with racism and other issues, was removed from the district despite recommendations from a review committee to retain the book for its thought-provoking perspective, as well as to familiarize readers’ with Morrison’s writing.

Along with The Bluest Eye, the Wentzville School District banned All Boys Aren’t Blue by George M. Johnson, a collection of essays about growing up as a Black queer boy, and Fun Home: A Family Tragicomic by Alison Bechdel, which is an autobiographical comic book that recounts the author’s experience coming out as a lesbian and discovering her own father is gay days before his death. Heavy: An American Memoir by Kiese Laymon, another book of essays that deal with racism and other complex issues, was also taken from the library. All three books were removed without review from the committee.

The first book being offered by the program is Morrison’s The Bluest Eye. If you already have your copy or just want to help out, the program is also asking for donations in order to give out as many books as possible. Donate or request a book on inpurposeea.com.