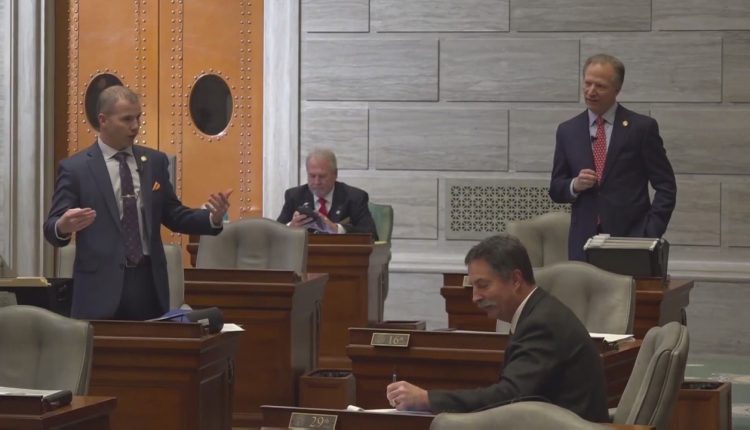 Senate Majority Leadership: Missourians have every right to be disappointed 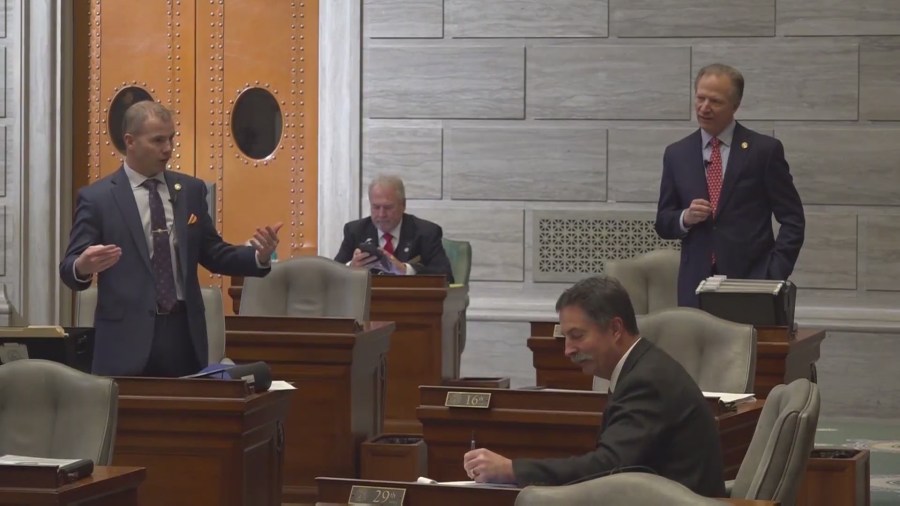 JEFFERSON CITY, Mo. — Republican senators are blaming each other for problems within the Missouri Senate, leading some to say Senate leadership should step down if not up for the job.

Business in the Senate has been stalled for weeks due to redrawing the state’s congressional map, and for the time being, the plan is to step away from debate. Senate Majority Leadership says Missourians have a right to be disappointed.

“Hopefully, we can get past this kind of embarrassing start that’s we’ve encountered, and all grow up a little bit and get back to business,” Senate Majority Leader Caleb Rowden, R-Columbia, said.

After working all last week and through Saturday, members had Monday off, but when they return Tuesday, they don’t be debating the congressional map.

“It seems like we’re just kind of stuck in the mud,” Senate Minority Leader John Rizzo, D-Independence, said. “This is about as contentious as I’ve ever seen it in the Missouri Senate in my time there and really my time in the building.”

Rowden tweeted out a statement from Senate Majority Leadership Saturday night after members adjourned, saying, “Over the last several weeks, we have watched as business-critical to MO citizens has been delayed by a small group of senators willing to send our congressional map to federal courts if they do not get districts that suit their ambition.

Let us be clear – we will continue to do everything possible to ensure a small group of self-interested senators doesn’t give left-leaning judicial activities full control over our redistricting process.

These senators are also standing in the way of critical policies Missourians are asking for – election reform, banning Critical Race Theory, providing more choice for Missouri parents, the list goes on.

To further complicate the Senate’s task, in the last 48 hours the Missouri congressional delegation has engaged with members of the Senate over redistricting.

For the time being, we will step away from this debate on the Senate floor. It is my hope that the congressional delegation will work to unify rather than divide and be part of the solution and not just add to the problem.

It is past time for everyone involved to put the best interest of the state above their own political ambition.”

Tiki Barber Feuds With Stephen A. Over Racism In The NFL