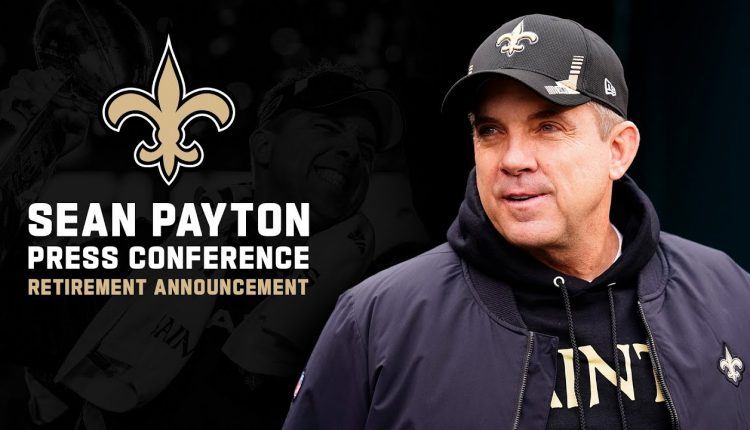 Payton, who guided the New Orleans Saints to heights the franchise never had experienced before he became head coach in 2006, retired 16 days after the Saints’ regular-season finale, with the team failing to reach the playoffs for the first time since 2016 after winning four consecutive NFC South Division titles.

With a 152-89 regular-season record and nine playoff game victories in 17 tries, including Super Bowl XLIV in 2009, Payton completed 15 seasons as Saints coach.

Under Payton, New Orleans won seven NFC South Division titles including the four straight, a feat unmatched by any other team in the division, and posted nine 10-win seasons. Before he was hired, the Saints totaled five 10-win seasons in 39 years.

But his impact immediately was felt in New Orleans.

The franchise also became a desired destination for unrestricted free agents (quarterback ﻿Drew Brees﻿ and linebacker ﻿Demario Davis﻿ top the list) due to Payton’s vision early on and then later because of its on-field success and player-friendly amenities. And throughout the development of the program under Payton, the coach smoothly adapted to the times, whether that meant social media engagement to offer humorously pointed commentary, or battle rapping to take on a rookie player during training camp.

But perhaps just as much, the confidence and swagger Payton provided the team also leaked into the city in which his teams played. New Orleans morphed from underdog to Super Bowl contender during Payton’s era and was considered the latter more than the former in the majority of his seasons, in large part due to the record-breaking offenses he crafted that were led by Brees.

▶ Find us on Snapchat:
https://www.snapchat.com/add/saints