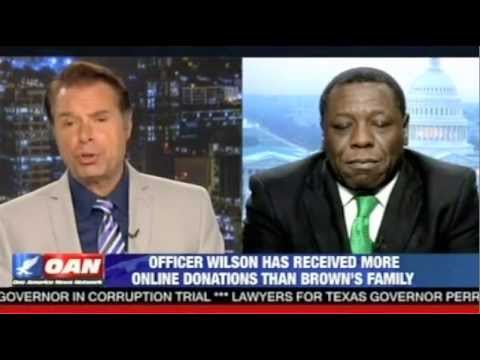 In a discussion about the latest developments related to the death of Michael Brown and the subsequent civil unrest and political grandstanding in Ferguson, Missouri, Project 21 member Kevin Martin rhetorically asked host Rick Amato: “I thought this was about justice?”

“All of a sudden,” Kevin commented, “the political message is bubbling up.” Talking about complaints that the grand jury considering potential charges against the police officer who shot Brown is predominantly white, Kevin wondered “what the heck does the racial make-up have to do with it,” and added, “it’s getting ridiculous” that critics are “always looking for the racial component in something.”

With the recent revelation that the White House is going to Al Sharpton for information and advice about the developments in Ferguson, Kevin said that he could not understand why the Obama Administration would not instead rely on federal officials already based in the St. Louis area rather than choosing to hear something filtered through a “professional agitator” such as Sharpton.

This small excerpt from “The Rick Amato Show,” broadcast on 8/25/14 and featuring Project 21 member Kevin Martin, has been posted under fair use guidelines for the purpose of non-profit, educational public debate by the National Center for Public Policy Research, a 501(c)(3) educational foundation under the Internal Revenue Code. For more discussion of these issues, please visit: