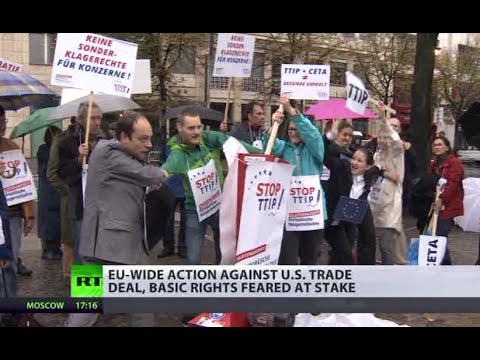 Big business getting the upper hand over elected governments is a fear which is seeing rallies across Europe – against what could become the biggest-ever trade agreement between America and the EU. The deal has been in the making since February, and is largely shrouded in secrecy. RT’s Peter Oliver is at the one of the rallies in Berlin and Harry Fear reports from London.