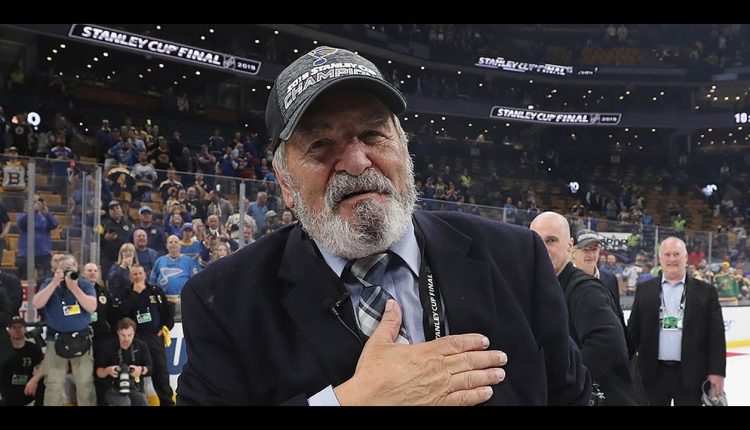 The Missouri team confirmed the athlete’s death in a statement, writing: “It is unimaginable to imagine the St. Louis Blues without Bobby Plager”ByMarch 24, 2021 08:02 PMNHL legend Bobby Plager has died. He was 78. Plager after he was in a car accident Wednesday, the St. Louis Blues confirmed in a statement, writing: “It is unimaginable to imagine the St. Louis Blues without Bobby Plager.”Get push notifications with news, features and more.+ FollowFollowingYou’ll get the latest updates on this topic in your browser notifications.”He was an original 1967 member of the St. Louis Blues, but also an original in every sense of the word,” the statement reads. “Bobby’s influence at all levels of the Blues organization was profound and everlasting, and his loss to our city will be deep.”The team’s general manager Doug Armstrong said in a video, “As Bobby would fondly say, he’s number five in your program, but number one in your hearts. That holds true today and forever, as Bobby truly is the St. Louis Blues.”Plager was involved in a car accident on Interstate 64 in St. Louis Wednesday afternoon. He was transported to the hospital, where he was pronounced dead, according to KMOV. One other vehicle was involved, and the woman driving that car was transported to the hospital with minor injuries, the news station reports. It is not clear what led up to the crash. The St. Louis Police Department did not immediately respond to PEOPLE’s request for comment. Bobby PlagerCredit:Tim Spyers/Getty ImagesPlager spent more than 50 years as a part of the St. Louis Blues — first as a player in 1967. His brothers, Barcley and Bill, played alongside him for several seasons. The three brothers led the team to the Stanley Cup finals for three consecutive seasons, KMOV reports. After retiring in 1978, he stayed with the team in multiple capacities over the years. The Blues retired his jersey in 2017. On Wednesday, tributes poured in for the hockey legend online.”R. I. P Bobby,” wrote former St. Louis Blues and current Tampa Bay Lightening player Pat Maroon on Twitter. “you were always smiling and always had a great story to tell. The @StLouisBlues family will miss having you around #5. My thoughts and prayers are with Bobby and his family during this difficult time.”The St. Louis Cardinals also shared their condolences, writing: “We loved Bobby and felt his love for St. Louis. Our hearts are with the Plager family, the Blues, and all who loved Bobby.”Never miss a story — sign up for PEOPLE’s free weekly newsletter to get the biggest news of the week delivered to your inbox every Friday. Canadian hockey player Carlo Colaiacovo said he was “gutted” by the news of Plager’s death.”Bobby was an incredible person to be around everyday. Fun, outgoing & an unbelievable story teller,” he wrote. “Condolences to the Plager family and the @StLouisBlues. He will be missed.”

All data is taken from the source: http://people.com
Article Link: https://people.com/sports/st-louis-blues-icon-bobby-plager-dies-in-car-accident-at-78/

The Atlantic slave trade: What too few textbooks told you – Anthony Hazard