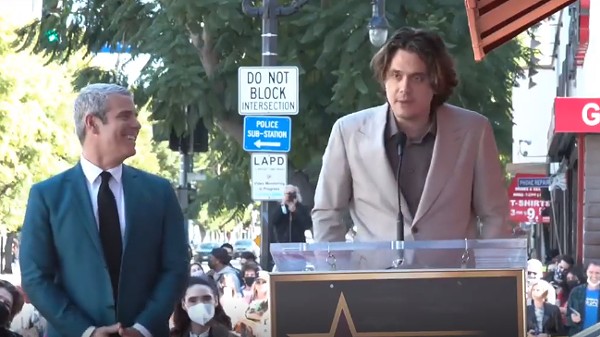 Native St. Louisan Andy Cohen continues to make St. Louis proud: He has received a star on the Hollywood Walk of Fame, placing him among the best entertainers in the industry.

Cohen had his Walk of Fame ceremony on February 4, writing on Instagram that he will “be floating from today for a long time.” In attendance for the ceremony were actresses Garcelle Beauvais and Lisa Rinna, as well as singer John Mayer.

Cohen is known for his hosting prowess on both The Real Housewives series and his talk show Watch What Happens Live. He also co-hosts CNN’s New Year’s Eve Countdowns with friend Anderson Cooper, where more often than not, his commentary goes viral. Just recently, Cohen also released a book and held an event at his alma mater in Clayton.

Mayer spoke at the ceremony, calling Cohen a friend to all and admiring his accomplishments in both his career and activism.

“His voice on the radio, his humor and charm and his reality TV dynasty all bring a much needed ray of sunshine into our lives,” Mayer said, “making our morning drives a little less soul crushing, our nights a little less lonely and allowing us to feel we have a friend up there among the Hollywood stars.”

Cohen joins other Missourians on the Walk of Fame, such as John Goodman, Chuck Berry, Jean Harlow, Cedric the Entertainer, Chuck Berry, Doris Roberts and more.

SEE ALSO: The 50 Most Famous People From St. Louis

Celebrities that are nominated have to fit in one of six categories: Motion Pictures, Television, Radio, Recording, Live Theatre or Sports Entertainment. Some of the requirements for being nominated include professional achievement, contributions to the community and longevity in the category of five years or more.

The Walk of Fame stretches a mile on Hollywood Boulevard in Los Angeles, California and has over 2,700 stars on it. Cohen’s star marks the 2,711th dedication.