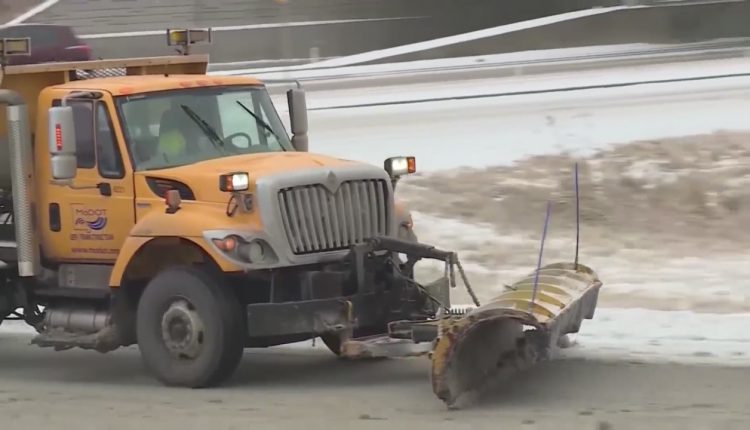 MoDOT: Could take days to clear roads due to worker shortage 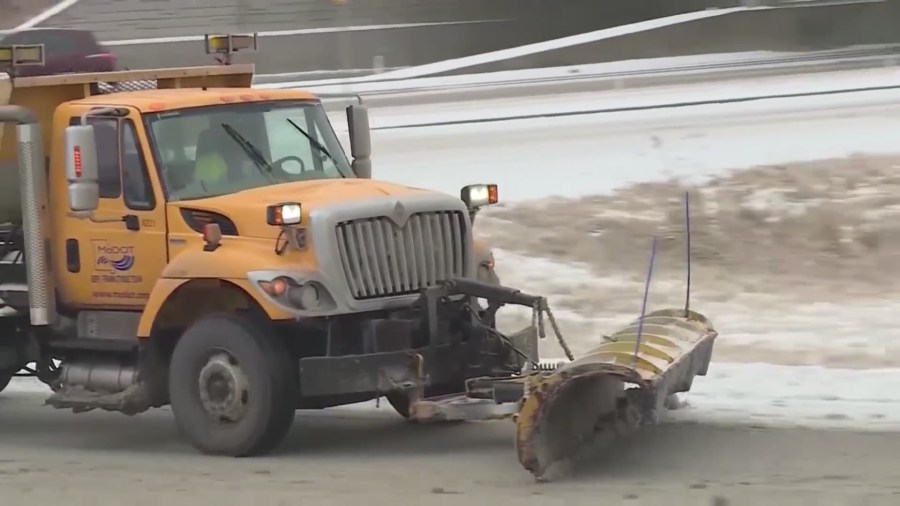 JEFFERSON CITY, Mo. — The Missouri Department of Transportation is down hundreds of workers. So, in this snowstorm that’s affecting the state, MoDOT is using what it has to get through.

One of the biggest messes for MoDOT on Wednesday was Interstate 70 in central Missouri, where drivers were stranded for hours after multiple semis jackknifed.

By Wednesday late afternoon, there were six inches of snow on the ground, with more to come. MoDOT is working around the clock around the state to clear roadways and besides being short workers, the department is also bouncing back from an outbreak of COVID.

“We have about 1,500 pieces of equipment that we utilize statewide,” MoDOT Director Patrick McKenna said. “In total, we need about 3,400 people to do that.”

McKenna said that in a storm like this, operators work a 12-hour shift and the plows run constantly. Besides drivers, the department needs mechanics and people to help load the trucks with materials to use on the roads.

“If we’ve ended up with a lot of rain ahead of the storm, we really can’t use any of the treatments ahead of that because it would just wash off the road,” McKenna said.

Snow caused havoc on area roads, including major interstates like I-70 Wednesday.

“When both lanes are jammed with semis, the emergency services folks are stuck in the same traffic,” McKenna said. “They [emergency response teams] will get in front of it and then we’ll close a facility up in advance of it and then run backwards through the next interchange and try to treat it and bring emergency vehicles in.

A big snowfall like this, which could bring more than a foot of snow to some parts of the state means a lot of work, but unlike large snowfalls in the past, this one is tough on the department because of staffing shortages.

“We’re down staff statewide,” McKenna said. “At the present about 400 from what we need for this type of event and in addition, a couple 100 people still ill with COVID. We had 700 cases in the month of January. Most of those people are back to work now.”


With COVID staffing crunch, who’s going to teach the kids?

McKenna said pay is a big reason why the department is short-staffed. Neighboring states like Kansas and Illinois pay $5 to $10 more per hour than Missouri. In an interview in November, McKenna said the department was on track to lose 800 workers in 2021. Healthy turnover is 250 workers a year, he said.

The starting wage for a MoDOT driver is $14.75 an hour compared to $25 in Kansas and $20.55 in Illinois. In the last five years, the department has lost nearly 60% of its employees.

At the end of 2021, the governor sent a proposal to lawmakers to raise the wage of state workers to $15 an hour and a 5.5% cost of living adjustment. The House discussed the legislation in a committee hearing in the early part of the session, but since then, the bill hasn’t moved.

There are seven MoDOT districts, Northwest, Northeast, Kansas City, Central, St. Louis, Southwest, and Southeast. Normally, McKenna said, crews cross district lines to help each other out, but not this time.

“We pre-position that when we know a particular area in the state is going to be hit, but when the entire state is feeling these effects, we don’t have the ability to share that,” McKenna said.

McKenna said that the Northwest district was able to send crews to the Kansas City district because northwest Missouri didn’t receive a lot of participation, which is unusual. With a shortage of employees, it’s going to take longer to clear the roads.

“Because of the cold temperatures, we expect that our crews will be on call and moving snow and putting materials down and doing their work probably right through the weekend,” McKenna said. “Most of our effort right now is on the interstate system and on the majors. It’s going to take several days for us to get to the county roads.”


How long does it take to get frostbite?

MoDOT wants to thank drivers for heeding the warning and staying off the roads Wednesday, making it easier for the department to do their work.

“We know the economic impact and the emergency impact of having that transportation network open again,” McKenna said. “They [employees] are out there working but the weather is working a little against us because of the temperature, so please be patient.”

Gov. Mike Parson declared a state of emergency Tuesday evening, activating the National Guard. McKenna said members of the Guard have been responding to stranded drivers and have been helping clear roadways.