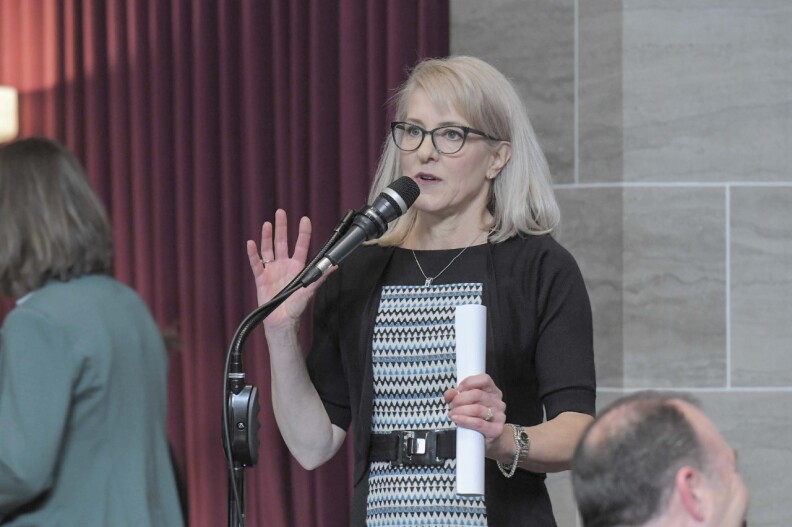 Because of the new district map drawn by a panel of judges, the 24th District Senate seat, held by Jill Schupp, D-Creve Coeur, may be the best chance for Republicans to flip a seat.

Democratic state Rep. Tracy McCreery, D-Olivette, was unopposed in the primary but is facing Republican George Hruza in November. McCreery, the latest guest on the Politically Speaking podcast, talked about how the newly drawn district has changed her campaign strategy.

Here’s are some other things McCreery talked about on the show:

McCreery served as a member of the Missouri House from 2012 through this year. She is prohibited from running again due to term limits.

She is a founding member of the Consumers Council of Missouri and serves as a member of the Rescue and Restore Coalition and the Women’s Group on Race Relations.

Hruza has been invited to be a guest on Politically Speaking.