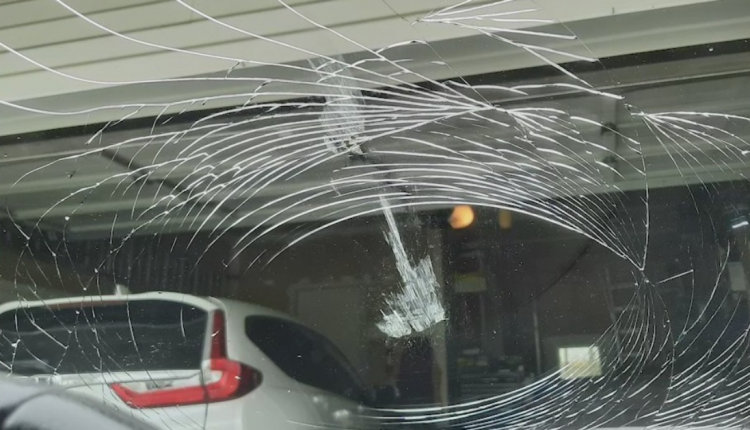 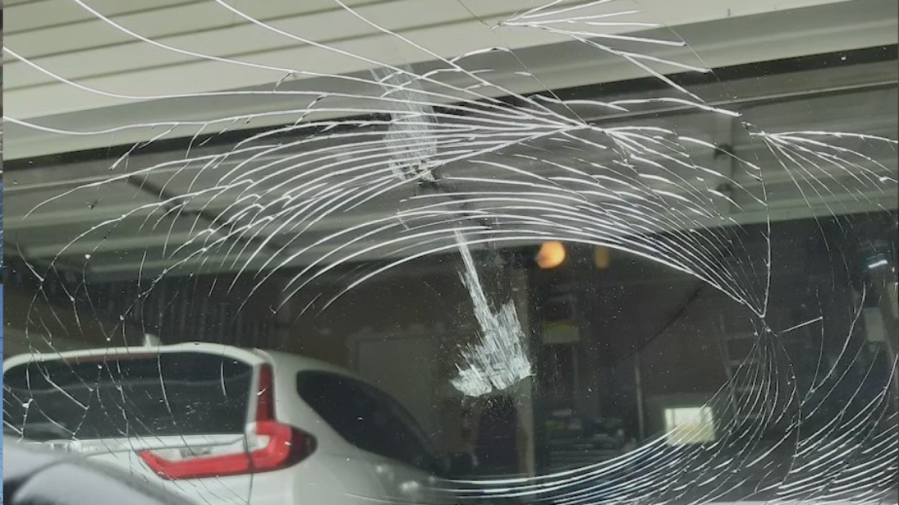 Yarber said he was driving under the Earth City Expressway when the object fell. He said, “Something just shattered my windshield.”

Yarber reported the damage to the Bridgeton Police department.  The department confirms MoDOT was notified.  Yarber said police suspected it was concrete that hit his vehicle.

“If there’s something that needs to be done with the bridge for the safety of the motorists, I just want to make sure that’s going to get done,” said Yarber.

A MoDOT spokesperson said crews were dispatched immediately to the area after receiving a report of the incident.  The investigation is ongoing and could take a few weeks, according to MoDOT.

Yarber doubts anyone was throwing objects from the overpass.

“I think it was 7 degrees that morning so, I kind of ruled out somebody being on the bridge,” said Yarber.  When I looked in my rearview mirror right after it happened, at the bridge to see if there was something up there, I didn’t see anything.”


Trending: ‘Izzy’ the missing French bulldog billboard on I-55 is getting a lot of calls

There is damage to the car’s hood and the windshield has been replaced.  Yarber believes a guardian angel was watching over him.

He said, “I’m thankful that it hit the hood first because if it hit the glass (first), it may have come through and I might not be standing here today.”

The overpass is not listed as one of the many bridges receiving a poor rating based on Federal Highway Administration criteria.  You can see the list of those bridges here: https://www.modot.org/Bridges