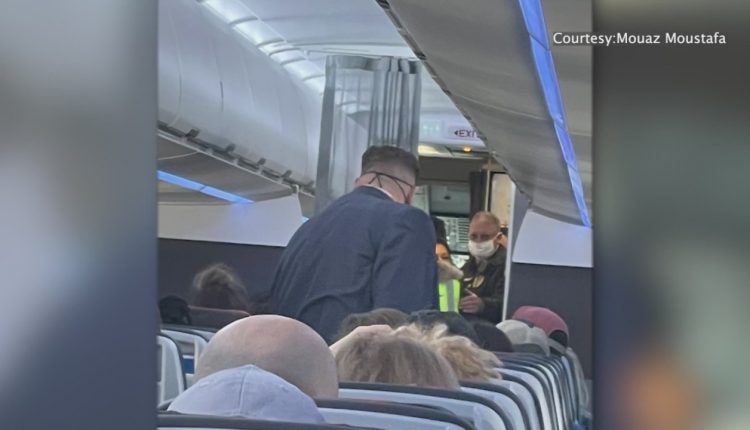 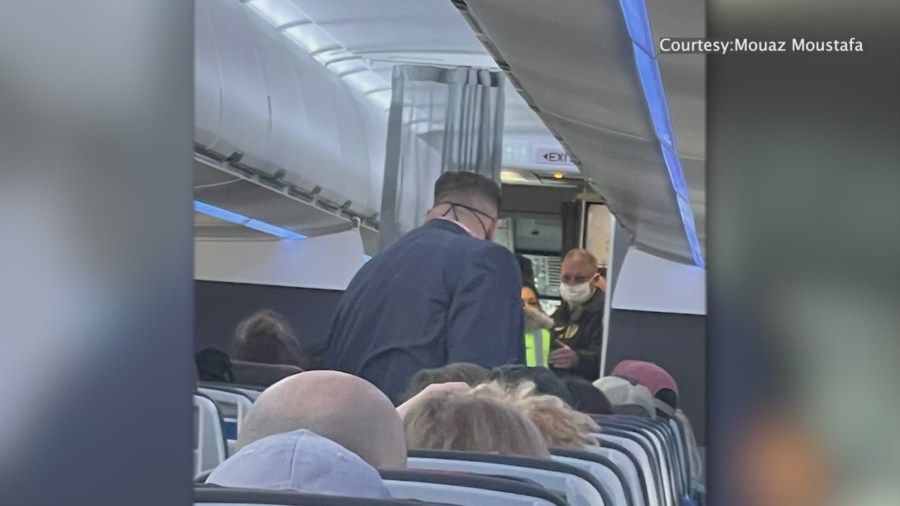 KANSAS CITY, Mo. – Attorneys have charged a California man for multiple disturbances while onboard an American Airlines flight that was forced to make an emergency landing at Kansas City International Airport.

Juan Remberto Rivas, 50, has been charged with one count of assaulting and intimidating a flight attendant and thereby interfering in the performance of the flight attendant’s duties.

Rivas is still in custody as he awaits a detention hearing that hasn’t been scheduled yet.

The flight, which was scheduled from Los Angeles to Washington D.C., made its emergency landing in Kansas City at approximately 2:28 p.m. Sunday.


One person dies after falling off, getting hit by vehicle in KC; suspect flees

Court documents say Rivas walked up to the cockpit area, grabbed a napkin with serving utensils from a counter, then used the plastic knife from the napkin and directed it toward a flight attendant.

He then proceeded to grab a small champagne bottle by the neck and attempted to break the bottle on a counter, prosecutors say.

Court documents also say he began kicking and shoving the service cart into one of the flight attendants.

Rivas allegedly grabbed the handles used to manipulate the forward starboard aircraft exit door and positioned one foot on the aircraft door. That’s when Rivas began pulling on the handle, trying to open the door.

A flight attendant grabbed a coffee pot and hit Rivas twice in his head. A passenger punched Rivas in the jaw, and another passenger grabbed his neck and pulling him to the floor.

Passengers and flight attendants subdued Rivas, and then an off-duty pilot secured his hands and feet secured with zip ties and duct tape. Rivas was treated for a head laceration.

Court documents say flight attendants did not serve him any alcohol during the flight.