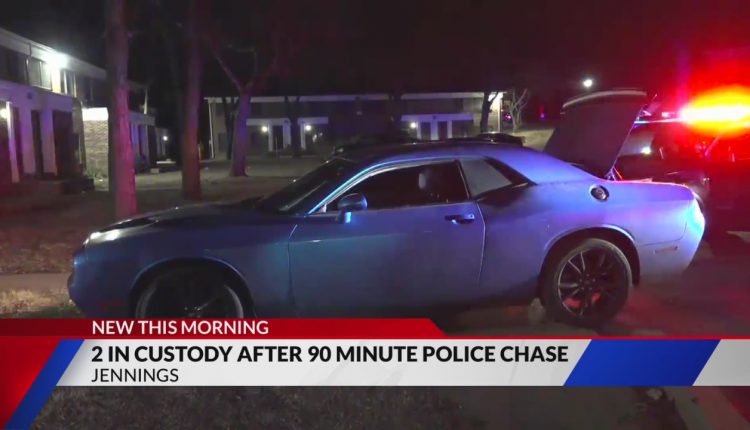 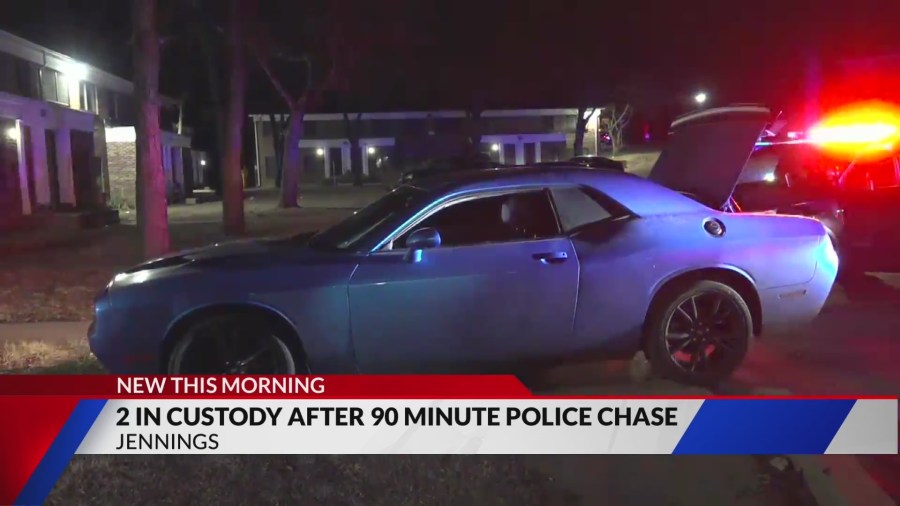 ST. LOUIS – A man and woman are in custody after leading police on a high-speed chase that lasted about 90 minutes.

The chase started at about 1:30 a.m. Thursday when the driver took off from a traffic stop in Sauget. The car sped across the Poplar Street Bridge and then went through St. Louis City and St. Louis County. At one point, police used stop sticks to puncture one of the car’s tires.

During the pursuit, the woman driving called her mother. Her mother told FOX 2 that she told her daughter to drive to her apartment in Jennings. That’s where they finally stopped and surrendered to police. No one was injured.