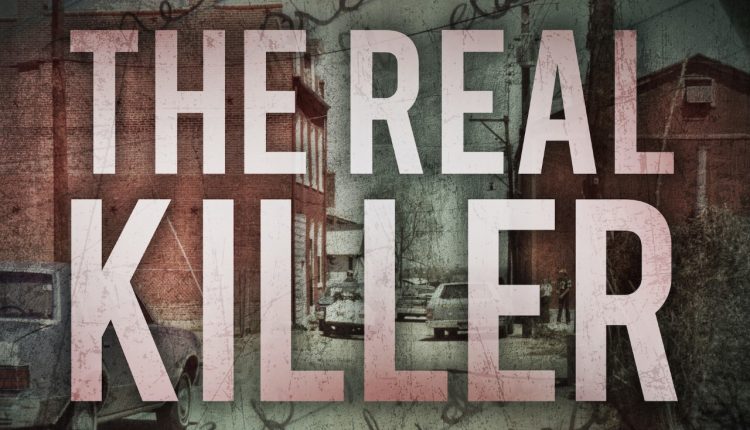 
ST. LOUIS — A new bombshell episode of the “The Real Killer” podcast may have listeners rethink their theories on who murdered a St. Louis mother and attacked her children 40 years ago.

In 1982, Rodney Lincoln was charged with murdering JoAnn Tate in her St. Louis apartment and attacking her two daughters, Melissa and Renee. Melissa identified Lincoln, her mother’s ex-boyfriend, as the suspect. After two trials, he was convicted and sentenced to two life terms plus 15 years in prison.

Lincoln remained in prison despite key pieces of his conviction falling apart. A hair found at the scene that was previously thought to be his was proven not to be, and Melissa recanted her accusation after the case was featured on a TV show. After serving more than 30 years, Lincoln was released from prison. Then Gov. Eric Greitens commuted his sentence on his last day in office.

The actual killer remains unknown and the case is still an open investigation.

“The Real Killer” podcast dives deep into this true crime, which unveils revelations, shines a light on injustices with the criminal justice system, and offers theories on who the actual killer could be.

In the latest episode, “Wished Her No Harm,” host Leah Rothman speaks with Steve Yancey, who was a 16-year-old neighbor. For the first time in 40 years, he shared his memories of the Tate family, the day of the murder, and his interview with police.

“This was a big deal, not just for the investigation, but for the podcast. Leah had been writing him letters, trying to get him to speak,” executive producer Aliza Rosen said.

Yancey claims to have been in a relationship with Tate, and Melissa had identfied him as one of their babysitters. During the episode, he said he wasn’t their babysitter and then changed his mind. Rosen said it is unclear if he was a family friend.

“It’s quite an interesting talk. He’s very intimate, he seems very comfortable with Leah. I would say he gives some conflicting information that’s very, you know, depending on what you think about him, can sort of sway you in certain directions. He gets emotional. He even cries at one point,” she said.

What is for certain is that Yancey was at the house on the morning after the crime, looking around, according to Rosen. He eagerly spoke with police and provided information about one of Tate’s ex-boyfriends. Yancey claimed to have an alibi on the night of the murder and passed a polygraph, however, Rothman and Rosen were not able to confirm either of those things.

“You have to listen to see what other insights he gives into the relationship. But it does seem that he very much cared about Melissa and Renee,” Rosen said.

One piece of information to keep in mind is that Yancey is currently serving time in a Kansas prison.

“He is very charming, which is extremely unnerving if you know that he’s in prison for very heinous crimes unrelated to this case,” Rosen said. “It makes you wonder about what else he might be capable of, so I think that it was definitely surprising to hear him sort of open up and talk so freely.”

What may leave listeners conflicted is Yancey’s alleged confession to Rothman during the episode. Yancey’s ex-wife, who also went to prison, told an investigator of what he confessed her. He allegedly told her that he molested a child and the mother had walked in. In order to keep the mother quiet, he murdered her.

His ex-wife claimed Yancey said to her, “If you looked at the crime scene, you would know it’s me.”

“So that’s obviously completely chilling,” Rosen said. “Is he a charming psychopath who’s capable of such heinous crimes, I don’t know, but I think that once you listen to this episode, you might wonder about that.”

Episode 7 of the podcast discussed Tommy Lynn Sells, a notorious serial killer. Rosen said Sell’s m.o and the crimes he committed matched the Tate’s case. While “Wished Her No Harm” left Rosen with her jaw on the floor, it also left her thinking, “Is it possible that Steve Yancy is the real killer?”

“It definitely sort of puts a lot of things into question and makes you really kind of almost want to go back and re-listen to the first eight episodes to see where there are other clues. I think this is an extremely bombshell episode in that regard,” she said.

With episodes 10 and 11 still to come, Rosen said she hopes there will be other developments in the case that lead to who actually murdered Tate and attacked her daughters. She added that there are a lot of unanswered phone calls, so even after the final episode airs, there could more in the future.

“The reason why we call this podcast ‘The Real Killer’ is because we really don’t know who the real killer is and I hope one day we will know,” Rosen said. “The goal of this is to eventually find out.”

“I think we’ve hopefully proven through all of our evidence and investigation that we don’t think it’s Rodney Lincoln, and we’ve kind of given some other options of people. There may still yet be other people that were never really investigated because once they honed in on Rodney, that was it.”

Rosen said she had always been interested in wrongful conviction cases, and had worked on true crime stories in the past, but had not done a story like this before.

“I was really interested not only in sort of, how did this happen, but also, why is there still no justice. You know, Rodney Lincoln in the eyes of the law is still considered a guilty man even though he’s out of prison,” Rosen said.

The success of the podcast is due to Rothman’s deep connection to the case and to families invovled, which has made for a “fascinating way to tell the story,” Rosen said.

“People have just been blown away at the thoroughness of it and her care for the subjects she speaks to,” she said. “I find that true crime audiences like to really go on a ride, and start one place, and land maybe somewhere else. I think what Leah does so well in the storytelling is really make you wonder, even though we know the ending.”

“I think it’s not totally clear who is responsible for these crimes and who’s telling the truth and who’s stonewalling. I think that was part of ride that I wanted the listeners to go on with us, which obviously is still continuing now.”

New episodes are released every Thursday and you can listen wherever you get your podcasts.

“The Real Killer” podcast is distributed by the iHeartPodcast Network and it’s executive produced by Rothman and Rosen.


How police caught ‘The South Side Rapist’ responsible for two decades of terror in St. Louis

Over 1,000 flights canceled as another massive winter storm threatens millions