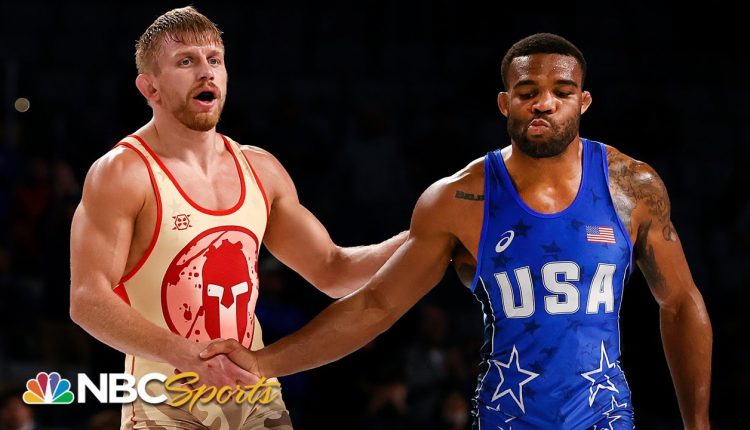 Kyle Dake’s incredible defense allowed him to take out Jordan Burroughs and claim a spot in Tokyo, it’s the first time in a decade Burroughs won’t represent Team USA in his weight class #NBCSports #KyleDake #JordanBurroughs

NBC Olympics is responsible for producing, programming and promoting NBCUniversal’s Olympic coverage. It is renowned for its unsurpassed Olympic heritage, award-winning production, and ability to aggregate the largest audiences in U.S. television history. Having produced every Summer Olympics since Seoul in 1988 and every Winter Olympics since Salt Lake City in 2002, the networks of NBCUniversal are synonymous with the Games in the United States. NBCUniversal has the U.S. media rights on all platforms to all Olympic Games through 2032. At the conclusion of the 2032 Games, NBCUniversal will have presented 23 total Olympic Games and 17 consecutive, the most for a U.S. media company in both categories.

$62 million overhaul of I-70 corridor in St. Charles County progressing, as business owners are

Rage Against the Machine St. Louis concert rescheduled to 2023