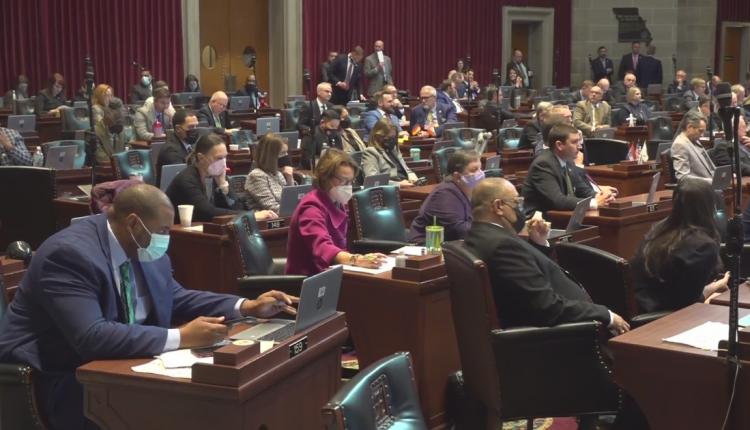 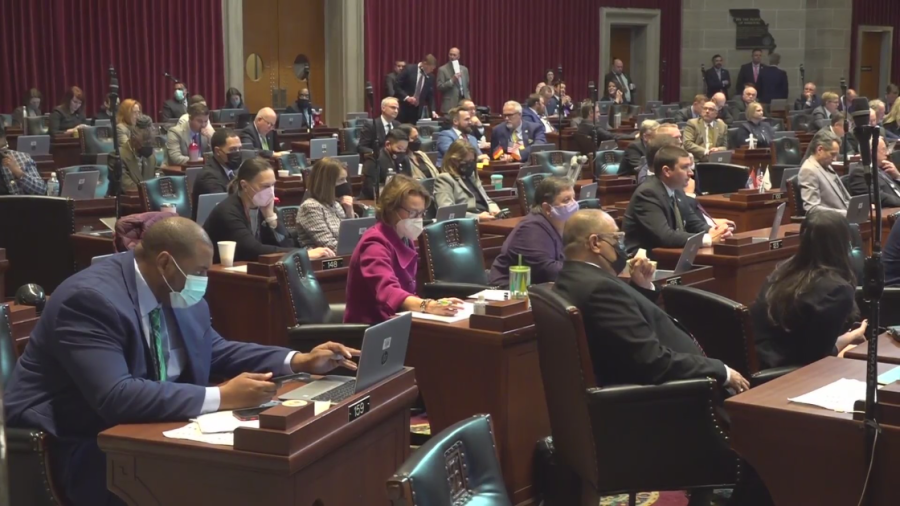 JEFFERSON CITY, MO — Lawmakers are back in Jefferson City to start off what is expected to be an eventful legislative session, which includes redistricting and allocating a historic amount of money.

As the number of COVID cases rise in the state, some members weren’t present for the first day of the session because of the virus. While there are no mitigation strategies inside the Capitol, the Speaker of the House said he’s not concerned as lawmakers are ramping up for a busy next five months.

Just after the clock struck noon the General Assembly gaveled in and there’s a variety of priorities up for debate.

“Definitely Medicaid expansion being fully funded as the voters asked for and as the courts upheld,” House Minority Leader Crystal Quade, D-Springfield, said. “We’re looking at record budget surpluses this year and we really want to take the opportunity to invest in Missouri.”

House Speaker Rob Vescovo, R-Arnold, has one main goal for the month of January.

“Biggest priority we need to work on this month is redistricting,” Vescovo said.

While in a one-on-one interview Tuesday, Gov. Mike Parson told our Missouri Chief Capitol Bureau Reporter Emily Manley he wants to see the large sums of funding allocated throughout the state.

“I think one, we really need to look at some of the federal money coming down,” Parson said, “We know that’s here, we know it’s in the state. I think we need a plan in place to how we are going to utilize those funds.”

On day one in the House, two members, Rep. Justin Hill, R- Lake St. Louis, and Rep. Aaron Griesheimer, R-Washington, both gave farewell speeches on the floor. Hill resigned Wednesday to move his family to Florida to work on his consulting business. Griesheimer’s resignation is effective Jan. 6 as he moves to a new job in St. Charles. This means the Republicans will not have a two-thirds majority in the lower chamber.

“I’ll say what we are looking forward to is the fact that now the Republicans do not have a supermajority in the House and that means they need our support to get the emergency clause done so we can actually have an election this fall,” Quade said.

Recently, Parson’s appointed Becky Ruth to oversee the Office of the Child Advocate and Wayne Wallingford to head the Department of Revenue, another two losses for the House.

Late Wednesday afternoon, Secretary of State Jay Ashcroft said in a press release he sent a letter to the governor asking him to call a special election to fill the vacancies in the House. Ashcroft said there are currently four open seats, and another is expected.

“If the writs are issued by Jan. 10, 2022, these elections could be held with the April 5 municipal election with minimal cost to the taxpayer but substantial benefit to Missourians,” Ashcroft said.

Lawmakers are also facing a deadline to redraw the state’s congressional map.

While over in the Senate, tensions from previous sessions are still high in the Republican caucus.

“And when that circle of trust is broken, it’s broken,” Hoskins said.

All of this is on the heels of a November election.

“It’s an election year, so I don’t know if you’re really going to expect to move the needle a lot of things but there are some basic fundamentals, if we can build on the foundation, we’ve started with, workforce development and infrastructure, we know those things work.”

Parson said he would also like to see members address more pandemic concerns when it comes to local control.

“No question some people overstepped their boundaries on the mandates and some of the things that happened in this state, in my opinion,” Parson said. “I think we need to go back and review that process and say, is there a better way to do that. There is nothing wrong with going back to say could we have done things to improve this.”

Quade said she had two members of her caucus absent on the first day because of the virus. When asked, Vescovo did not know how many members were missing on his side of the aisle.

“We all use common sense if we are sick, we’re going to ask the members to stay home, they are all adults,” Vescovo said. “They can police themselves and if they are sick, they are probably going to stay home.”

Both chambers will be back in session Thursday. Lawmakers normally don’t work on Fridays, but Vescovo told reporters Wednesday there will be some Fridays members have to work because of redistricting and this year’s large budgets.

St. Francois to Redesign its Seal Because Everybody Made Fun of It

BJC Cancels Elective Surgeries: COVID Cases ‘Beyond What We Have Seen’