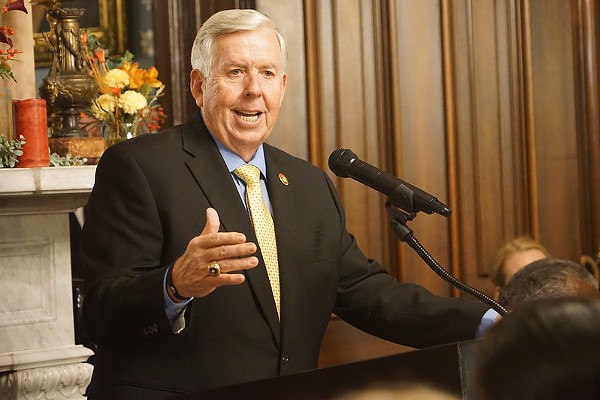 High Turnover May Lead to Higher Wages in State Government

New data from Missouri’s Office of Administration shows that five state agencies saw employee turnover rates of 30% or higher throughout 2021.

The Department of Mental Health had the highest turnover rate for the past year, at 38%, meaning nearly four out of ten full time employees left the agency over the past twelve months.

The Departments of Social Services, Revenue, Higher Education and Workforce Development, and Corrections all had turnover rates of 30% or higher as well.

The agency with the lowest turnover was the Department of Conservation, which saw slightly more than one in ten employees depart.

The data made public by the Office of Administration was collected from sixteen state agencies from November 2020 to November 2021.

Trying to stem the tide of high turnover in Missouri, Governor Mike Parson announced in a press release last month that he is recommending a 5.5 percent Cost of Living raise for state employees and a $15 an hour base pay for all state employees.

“It is past time for us to make these investments in our state workforce, which remains one of the lowest paid the nation,” Governor Parson said in the press release. “Our direct care and front line staff often make less than entry-level retail positions. These public servants have tough jobs and rarely receive the thanks they deserve, and communities all across the state rely on them everyday.”

The large numbers of state employees leaving their jobs has left some agencies scrambling. In October, the Post-Dispatch reported the Department of Mental Health was increasingly reliant on temp workers. Last month, a MODOT spokesperson told a Kansas City ABC-affiliate that their worker shortage may jeopardize the agency’s ability to clear snow from roads in a timely fashion.

Valerie Huhn, the director of the Department of Mental Health, said in an email that her agency, “continues to be challenged by high turnover rates, vacancies and the increasing number of COVID-19 cases. Staffing is a critical concern and the department is doing everything possible to maintain adequate levels for safety purposes and to provide appropriate care.”

Nationwide, 2021 saw record-setting levels of people leaving their jobs. In August, 4.3 million workers quit their jobs, setting a record that was broken one month later, when 4.4 million quit.

UMSL Economics Professor Max Gillman said the average job turnover rate for an organization has jumped at an annual rate by 27% since 2019, and continued rising in 2021, according to government data from the Bureau of Labor Statistics. The job openings rate has almost doubled since 2019 and continues a rising trend throughout 2021. He added that the “private sector is much more able to quickly innovate” to keep up with employees’ changing expectations of what work looks like, putting state agencies at a disadvantage when trying to recruit and retain staff.

Data on how effectively state agencies have been able to replace employees who leave was not immediately available. But Chris Moreland with the Office of Administration did say that in the final quarter of last year, the Department of Elementary and Secondary Education had the highest vacancy rate at approximately 25 percent.