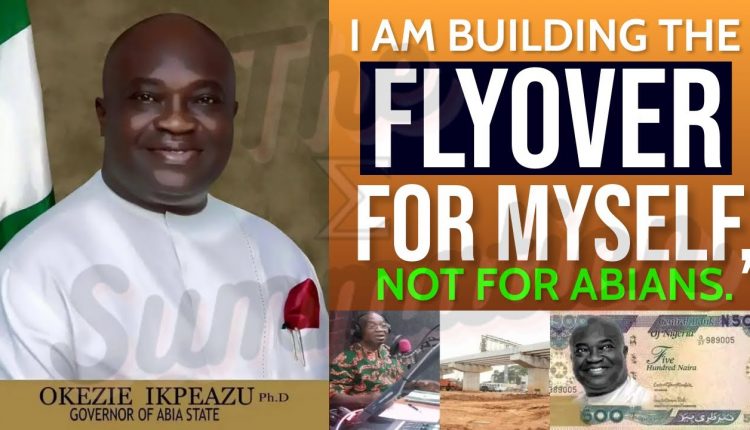 Gov. Ikpeazu of Abia State – The Flyover is Mine

Gov. Ikpeazu was interviewed on an Ibo Radio Station, and one of the Presenters asked for an update on the Flyover he’s been building for over 5 years; his response will shock you.
Speaking in a Ngwa-Igbo dialect, Governor Ikpeazu said; “question I’m asking is, what’s you people’s concern with the flyover? Am I not the one that started it? “I started the flyover and I have been funding it with the little money we have and people should not bother about the flyover…. Those that even asked about the flyover don’t even have a car.”
Abia State Governor, Okezie Ikpeazu has slammed the people asking when Osisioma Flyover in Aba, the commercial city of Abia State, will be completed.

The flyover was flagged off on 20th January 2017, the construction was given to a Chinese company – and it’s still under construction till date.
However, Ikpeazu said the flyover isn’t anyone’s concern.

According to the governor, those asking about the flyover doest not even own a car.

Ikpeazu stated this during a call-in program with Magic FM radio Aba on Monday.

When asked to tell Abia citizens the reasons behind the delay in the completion of the flyover, Ikpeazu said: “first of all, the flyover isn’t anyone’s concern and people should stop worrying about the completion.”