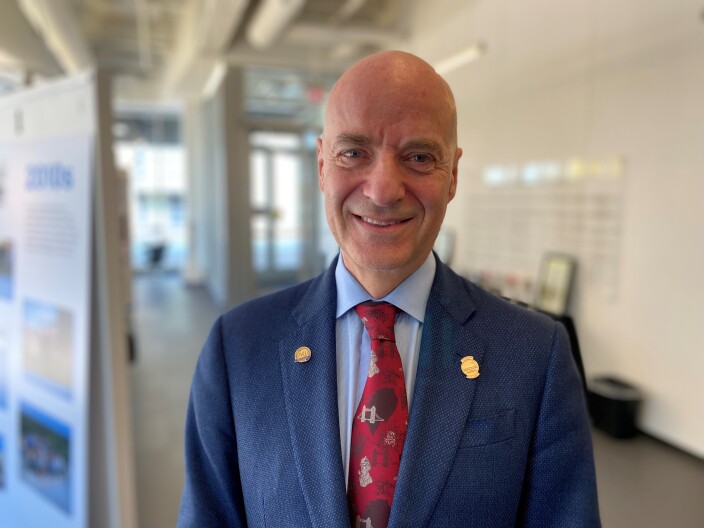 Republican George Hruza is the latest guest on Politically Speaking, where he talked with St. Louis Public Radio’s Jason Rosenbaum about his bid for the 24th state Senate District.

Hruza is seeking to represent the St. Louis County-based district that includes Fenton, Maryland Heights and Kirkwood. He’s running against Rep. Tracy McCreery, an Olivette Democrat who has served in the Missouri House for roughly nine years.

McCreery’s episode of Politically Speaking can be found here.

Here’s what Hruza talked about on the program:

Hruza is a dermatologist who lived for 28 years in Ladue and recently moved to Huntleigh. He ended up filing for the seat after redistricting was finalized and it appeared that the 24th District would be winnable for Republicans.

Hruza defeated attorney Brett Schenck in the GOP primary. He said having a primary was a “godsend,” because it compelled him to start meeting voters early in the election season.