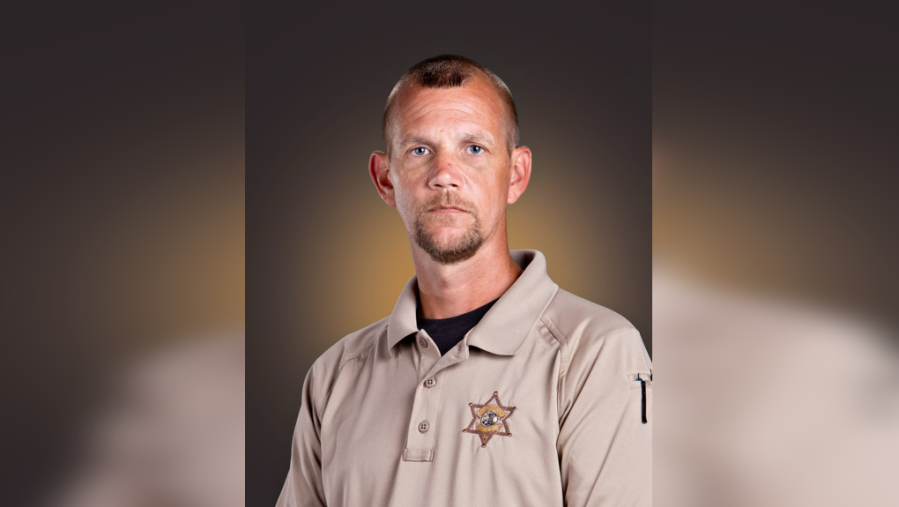 Riley, 38, was shot and killed at approximately 5 a.m. on December 29 while assisting a motorist near Mill Shoals, Illinois on I-64. His squad car was missing from the scene and was found abandoned on I-64.

The funeral is at Fairfield Community High School Gymnasium. There will be a law enforcement procession and burial following the service at Cisne Cemetery. In lieu of flowers, memorials in his honor may be made to the Sean Riley Benefit Fund at the Trust Bank in Cisne. Memorials will be accepted at the services and the Johnson and Vaughn Funeral Home in Fairfield, Illinois which is assisting with arrangements.

His family released a statement saying, “Our world has been shattered, and we will never be the same. But we take comfort in knowing that he lived life to the fullest, he loved his family and friends deeply, and he died doing what he loved. ‘Blessed are the peacemakers, for they shall be called the children of God.’ -Matthew 5:9.”

The suspect in Riley’s killing has been arrested. Ray Tate of Hopkinsville, Kentucky was arrested just before 1:45 p.m. on December 29.

At approximately 7 a.m. Wednesday, a man was shot in the shoulder and carjacked at a St. Peters QuikTrip. Police said they found evidence at the QuikTrip connecting the suspect there to the death of Riley. It is not clear how Tate got to the St. Peters area but they were investigating a semi-truck in the gas station’s parking lot. the stolen vehicle was later found in O’Fallon, Missouri in a business park off Interstate 70 after ditching that car. Tate reportedly stole a Nissan truck and went back to Illinois with an innocent bystander that he’d kidnapped. He was arrested after barricading himself inside someone else’s home in Carlyle, Illinois. The kidnapping victim and homeowner were uninjured.

Tate has been charged with first-degree murder in the death of Wayne County Sheriff’s Deputy Sean Riley. According to the Kentucky Department of Corrections’ online offender lookup, Tate was on mandatory reentry supervision, which ended Dec. 21. The department listed prior offenses ranging from evading police, unlawful possession of meth, promoting contraband and wanton endangerment.

[Pj’s Spot Reaction] Get to Know Us