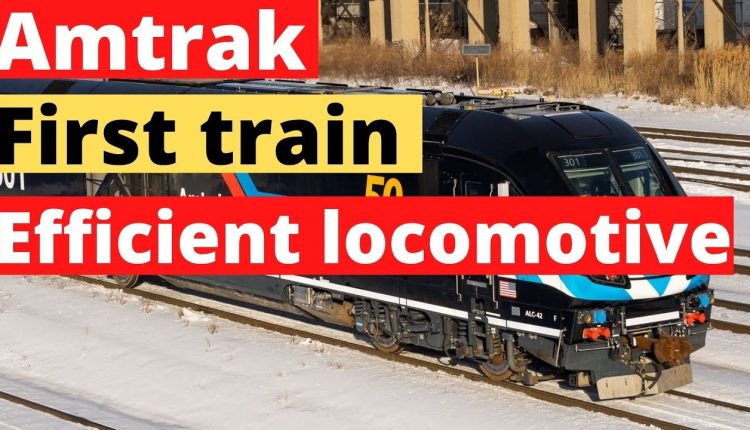 The first train pulled by Amtrak’s cleaner and more fuel-efficient locomotives pulled out of Chicago’s Union Station on Tuesday en route to Spokane, where it was scheduled to arrive early Thursday before splitting into separate trains bound for Seattle and Portland.

The two diesel-powered ALC-42 Charger locomotives leading the train westward on the more-than-2,200-mile Empire Builder route are more environmentally friendly than the 1990s-era engines they are replacing, Amtrak said in a news release.

Numbered 301 and 302, they are the first of 75 locomotives manufactured by Siemens Mobility in California that Amtrak plans to add to its fleet by the end of 2024.

“We take our commitment to sustainability seriously at Amtrak,” George Hull, vice president and chief mechanical officer of the national railway, said in a ceremony before the train departed Chicago.

“As America’s railroad, we are here to serve the American people; we have a duty to continue to find solutions that benefit their transportation needs while reducing health and climate impacts.”

Compared to the older models they are replacing, the locomotives use less fuel and reduce emissions of nitrogen oxide by 89% and the particulate matter responsible for black diesel smoke by 95%, according to Amtrak.

They are also faster, with a top speed of 125 mph, although track and signal infrastructure limits the top speed on the Empire Builder route to 79 mph, Amtrak spokesman Marc Magliari said.

Amtrak ordered the 75 new locomotives in 2019, at a cost of about $850 million, to replace the General Electric Genesis engines that have served the railway for as many as 25 years.

The diesel engines that power the locomotives are made by Cummins in Seymour, Indiana.

Once the rest of the locomotives are in service, they will power trains on routes across the country, including the Coast Starlight from Seattle to Los Angeles and the Capitol Limited from Chicago to Washington, DC.

Magliari said the railroad service chose to debut the new locomotives on the Empire Builder because it is “one of our toughest routes,” traveling from Chicago a total of 2,205 miles to Seattle and 2,255 miles to Portland across the Rockies and Cascades.

The choice had nothing to do with the derailment in Montana that killed three people on the route last September, he said.

Amtrak, which is technically a private company, has struggled financially since Congress created it in 1971 and has accumulated a daunting maintenance backlog that has limited its ability to modernize its locomotives and other equipment.

But Congress gave the railway a major boost last August when lawmakers passed bipartisan legislation to invest $550 billion in the nation’s infrastructure, including an initial $22 billion for passenger rail.

“Amtrak’s historic Empire Builder is getting a facelift with today’s debut of two new locomotives,” Cantwell said in a statement.

I’m looking forward to even more improvements in the coming years, thanks to $22 billion in Amtrak funding passed as part of the Bipartisan Infrastructure Law.”

If the train is on schedule, the new locomotives will arrive in Spokane just after 1:30 a.m. Thursday morning.