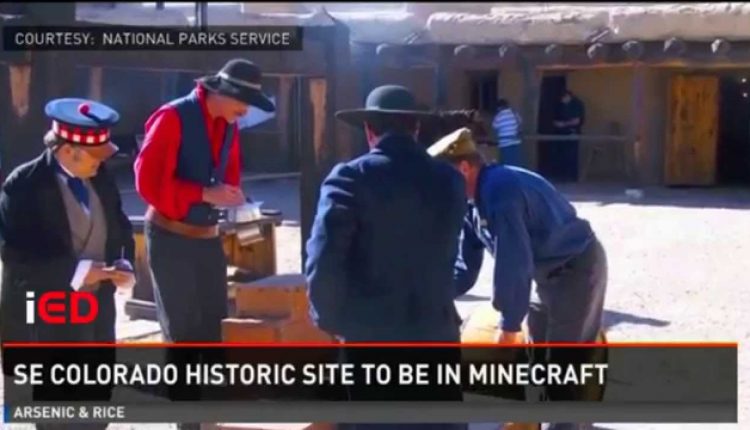 PARTICIPATE: Schools, sponsors and corporate collaborators are welcome to participate. For details on how to participate contact the Immersive Bent’s Old Fort committee at http://ImmersiveEducation.org/fort

On November 19, 2014, the Immersive Education Initiative announced that Bent’s Old Fort, a unit of the United States National Park Service located on the Santa Fe Trail in Colorado’s Otero County, will be reconstructed virtually in the video game Minecraft and also as a fully immersive 3D virtual reality (VR) environment.

One of several new activities under the Initiative’s Immersive Arts and Culture program, Immersive Bent’s Old Fort is being developed in collaboration with the United States Department of the Interior National Park Service, the City of La Junta Colorado, Otero Junior College, and Colorado’s East Otero School District.

Through the Initiative’s Learn to Earn program students in Colorado, working in collaboration with Stanford University’s Architecture Design Program, will actively participate in reconstructing the fort in both Minecraft and virtual reality (VR).

Immersive Bent’s Old Fort, along with corresponding history curricula and teaching materials, will be available free of charge to the general public and to schools around the world.

Online virtual tours of the immersive fort will be available to schools as a complement to the in-person tours currently conducted on-site at the fort by National Park Service rangers. For details visit http://ImmersiveEducation.org/fort

CASTLE OF THE PLAINS

Known as the “Castle of the Plains,” Bent’s Old Fort was a 1830s – 1840s adobe fur trading post on the mountain branch of the Santa Fe Trail where traders, trappers, travelers, and the Cheyenne and Arapaho tribes came together in peaceful terms for trade. A unique center of cultural exchange at the time no less than seven different languages were spoken at the fort including English, Spanish, French, and numerous American Indian languages. Today, living historians recreate the sights, sounds, and atmosphere of the past with guided tours, demonstrations and special events.

Bent’s Old Fort served as an instrument of Manifest Destiny and a catalyst for change in the United States. The fort’s influence with the Plains Indians and its political and social connections in Santa Fe helped pave the way for the U.S. occupation of the West and the annexation of Mexico’s northern province during the U.S.-Mexican War. Along with El Camino Real, the Santa Fe Trail was part of a trade network linking Europe, New York, and St. Louis with Santa Fe and Mexico City. Opened in 1821, the Santa Fe Trail followed old trade routes established by American Indians that were later used by Spanish, Mexican and American troops, traders and other travelers.

PARTICIPATE: Schools, sponsors and corporate collaborators are welcome to participate. For details on how to participate contact the Immersive Bent’s Old Fort committee at http://ImmersiveEducation.org/fort

The British Pound Collapses: This is insane & Extremely Dangerous!