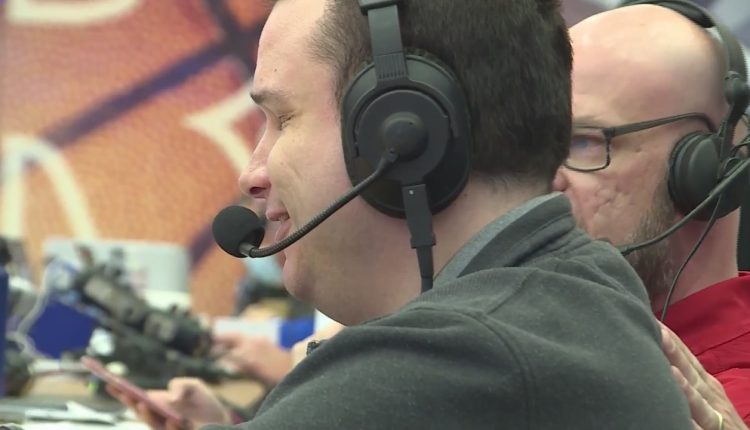 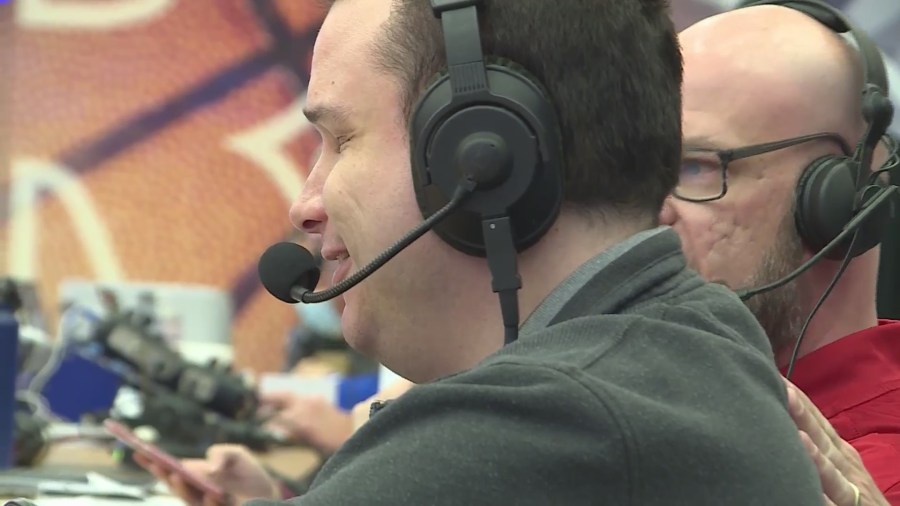 EDWARDSVILLE, Ill. — A local college radio broadcaster helps listeners see the action on the court, even if he can’t see it himself. Bryce Weiler has called soccer, softball, basketball, and baseball games.

“I am blind and commentate a basketball game by studying the style of the broadcaster that I’m commentating with,” said Weiler. “I’ll listen to each team’s previous couple of games. I’ll shoot free throws on the rim to figure out if the rim is loose or tight and see how the ball bounces.”

“He really knows sports and basketball,” said Mike Bradd, Eastern Illinois play-by-play commentator. “It’s amazing what he’s able to do just going off the radio commentary that he’s hearing and able to make very appropriate comments on the broadcast.”

Bradd has been calling Eastern games for 34 years, a guy who Weiler would listen to on the radio.

On that night, they were telling a story for the listeners at home who were hearing about all of the incredible opportunities and connections made thanks to a ball clanging around the rim and a game that was on fire.

“As a listener, if you didn’t know that Bryce was visually impaired, I don’t think you’d know that just by listening to the game,” said Bradd.

“He makes me a better broadcaster,” said Pott, SIUE director of Athletics Communication & Broadcasting.  “We would go to a commercial break, and he’d say, ‘How many bounces did that ball take in the infield? Where was that trailing runner at? Did he catch that high or at his hip?’  All of these things I should be focusing on anyway and sometimes you get a little loose and forget to do.  That’s what he forces me to do.”

Marty Simmons first introduced Weiler to his love for basketball by letting him sit on the bench when Simmons was head coach at Evansville University, and Weiler a student.

“What Bryce has been able to overcome with his disability is inspirational,” said Marty Simmons, who is now Eastern Illinois University men’s basketball head coach. “I would say he’s inspirational no matter what. He breathes charisma, and he’s a driven young man and he loves the gratification that comes with helping other people with disabilities have a positive experience. When I look at my relationship with him, I’m the lucky one. We’re the fortunate ones that he became a part of our lives.”

Weiler shared the same sentiment about Simmons and his family.

“Coach Simmons and his family have believed in me,” said Weiler. “He means what he says, and he turns his players into great young men after they finish college.”