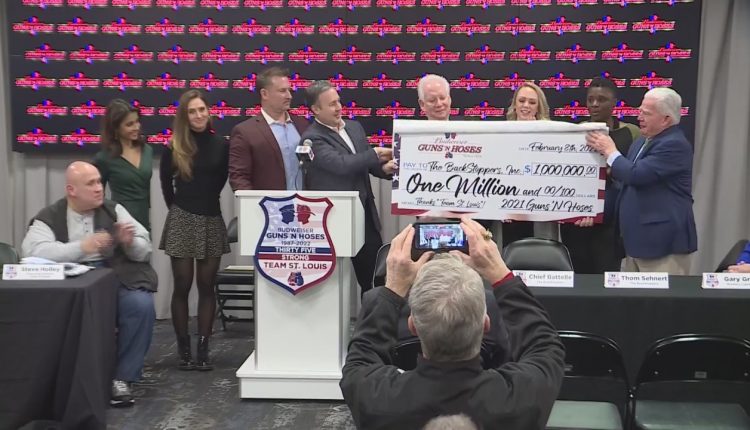 BackStoppers presented with $1 million to help families of fallen heroes 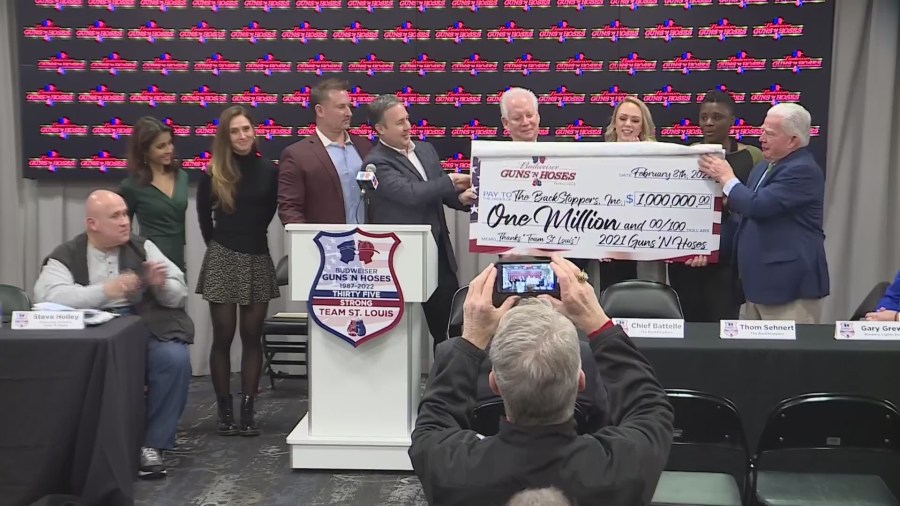 ST. LOUIS —  Police officers, fire chiefs, and city leaders gathered at the Enterprise Center on Tuesday for some big news. Budweiser Gun ‘N Hoses presented the BackStoppers organization with a $1 million check, the largest in its 34-year history.

“I can guarantee the money will be well spent in supporting these families,” he added.

Last November, FOX 2 (KTVI) aired the annual Guns ‘N Hoses boxing event in prime time. Today, there was another announcement for a two-year commitment for Guns ‘N Hoses to return to television.

“With everything going on in today’s society, with the pandemic and police and firefighters working harder every day for us, serving us, it’s the least we can do as a series of television stations to bring it to the St. Louis viewers,” said Kurt Krueger, vice president and general manager of KTVI and KPLR.

“I fought the first two years at Guns ‘N Hoses, and to see where we’re at 35 years later, it’s truly remarkable,” said Lt. Col. Lawrence O’Toole, assistant chief of the St. Louis Metropolitan Police Department. “But at the same time, I’m not surprised because the people in our community — they care for their first responders.”

St. Louis Fire Chief Dennis Jenkerson added: “I guess it makes this drive even harder knowing we have a few more families we have to take care of now and we will.  We’ll get it done.”

St. Louis County reassessing sports guidelines after rise in cases among the young