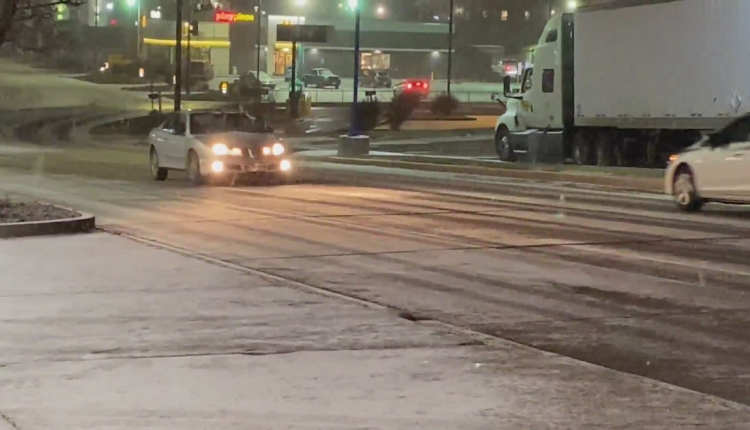 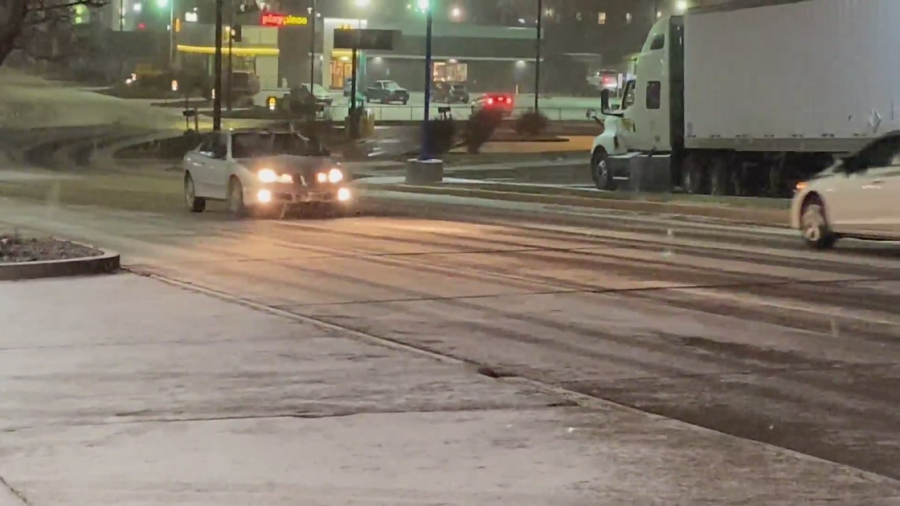 Looking ahead into tonight we will be facing the bitterly cold temperatures combined with wind and some of the coldest air so far this winter season. Friday morning will be frigid at the bus stop with wind chills or even below zero.

Today, the first flakes moved into the metro around 4:30 a.m. in Chesterfield. Video captured from the Woods Basement System Storm Runner shows the snow starting to fall at Clarkson and Manchester.

A drive down Manchester Road toward I-270 shows the cold roads becoming covered in snow.

Around 5 a.m. snow was coming down at a pretty good clip along I-44 near Eureka. MODOT trucks were putting down treatment when necessary but there wasn’t enough snow to plow.

The Woods Basement Systems Storm Runner followed the snow down to Arnold where it picked up in that area around 6:30. Snow sticking to the highway made driving along I-55 very slick at times. But you can also see the snow blowing around on the roads which shows the light fluffy nature of it.

Down in Festus, the snow picked up before sunrise. A quarter to a half-inch of snow accumulated there.

The heaviest snow of the morning was farther south near Ste. Genevieve where around 1 inch fell. A tractor-trailer slid off the on-ramp to I-55 south, evident of the slick conditions. Other roads in the area became snow-covered.

A lot of what fell through the morning did stick. MODOT’s treatment of rock salt mixed with beet juice worked, but slowly, due to the nature of the cold. So, it did make for a challenge driving at times.

And while the main roads recovered pretty quickly this morning, some neighborhoods remained snow-covered a bit later into the morning. There were 65 schools and businesses closed, especially in Jefferson County, due to this brief taste of winter.