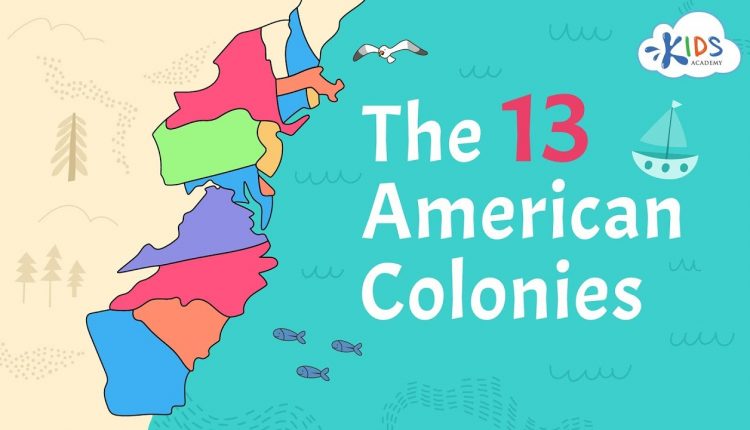 A colony is a place where people from other countries have settled outside their home country and this place is governed by their home country. By the mid-1700s England had set up 13 colonies along the East Coast of America.
There were three groups of colonies of the US-based on the way people lived in these colonies.

Northeast
Connecticut, Maine, New Hampshire, Massachusetts were the colonies in the northeast. Here people came from England mostly for religious freedom. However, living conditions here were tough. The soil was rocky, and the climate was cold hence cultivation was not an option for them. So, they switched to seafood and become sailors. Their ships were made from lumber in the area.

Middle colonies
New York, Pennsylvania, New Jersey, Delaware were the home to Germans, Irish and Dutch. The weather conditions were better here and many crops such as wheat were grown here.

Southern colonies
Virginia, Maryland, North Carolina, South Carolina, Georgia, made up the southern colonies. The climate here was much warmer and had really good soil which helped them to grow all sorts of crops. Their economy was based on agriculture.
One thing common in all these colonies was the slavery of black men. They suffered harsh living conditions and extreme slavery in all the colonies. Eventually, these 13 American colonies became 13 states and now exist as individual states in America.

Connect with us on :